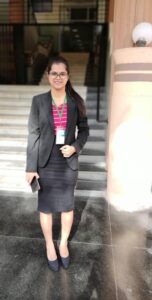 THE ‘SKIN TO SKIN’ JUDGMENT: MISINTERPRETATION OF SECTION 7 OF POCSO ACT.

Child Abuse has become the heart of the country’s current debate in light of the judgment passed by the Hon’ble Bombay High Court; Nagpur Bench by J.Pushpa Ganediwala in Satish s/o  Bandu Ragde  vs.  State  of Maharashtra through Police  Station  Officer, Gittikhadan,

judgment raised a controversial question as to ‘Whether pressing of the breasts and attempt to remove a salwar or a knicker, amount to sexual assault defined under Section  7  of  the  POCSO Act 2012?’.

Facts of the Case

On 14th December 2016, a report was lodged in Gittikhandan Police Station by the mother of the prosecutrix stating that her daughter went to buy guavas and the accused on the pretext of giving guavas took the 12 year minor to his house and sexually assaulted her by pressing her breasts and also attempted to remove her salwar and later locked her in his house. She also stated that her neighbour told her about the incident and showed her the house of the accused. The mother of the prosecutrix i.e. the informant in this case saved the  child.  The  Special Court, Nagpur framed charges against the accused under Sections 361,354,  342 and 3093 of  the IPC and Section 8 of the POCSO Act. The Special Court had convicted the accused for offence punishable under Sections 363, 354, and 342 of the IPC and under Section 8 of the POCSO Act and sentenced him to 3 years of rigorous imprisonment and 500 Rs. Fine on  default of which 1 month of rigorous imprisonment was awarded. Later the conviction was reversed by the Bombay High Court, Nagpur Bench.

As per the definition provided under Section 7 the main ingredients to bring the act of an accused under the ambit of the said Section are:

1)  An act committed with sexual  intent.

3)  Doing any other act with sexual intent that involves physical contact without penetration.

Hence, according to Section 7, the meaning of the term ‘sexual assault’ would be ‘physical contact without penetration’.

In State vs. Naresh,5 the court held that the bare perusal of Section 7 especially the second   part of the definition makes it clear that it is not only the physical contact amounts to sexual assault but any other act with sexual intent will attract the said section. The  section  was  widely interpreted by the court.

In Ravi vs. State,6 the Delhi High Court while interpreting section 7 held that holding hand with sexual intent amount to physical contact and would fall under the purview of the said section.

In Rakesh vs. State of NCT of Delhi,7 the Delhi High Court considering the testimony of the child victim duly corroborated by the testimony of the sister of the victim held that the prosecution has proved beyond reasonable doubt that the accused has pressed the breasts of    the child with sexual intent and was held guilty under section 7. In this case,  no difference as  to direct and indirect touch was considered.

In all the above referred cases Section 7 of the POCSO Act was widely interpreted and no difference was made between a direct and indirect touch. Hence, the Bombay High Court has misinterpreted the said section.

The Decision of the Court

In the opinion of the court, it is not the case that the accused removed the top of  the  prosecutrix and pressed her breasts nor did he remove the salwar. Moreover, the offense of sexual assault provides for a punishment of a stringent nature and hence in the absence of any specific details as to whether the top was removed or whether the accused inserted his hand inside and pressed her breasts such would not amount to sexual assault and any act in absence of any strict proof and allegations cannot be brought under the ambit of the said Section. The court rejected all the contentions as there  was  no proof as to physical contact i.e.  ‘skin to  skin’ with sexual intent without penetration.

The court enunciated the basic postulate of the criminal jurisprudence that the punishment should be proportionate to the crime committed and found it right to bring the act of the  accused under the ambit of Sections 354 and 342 IPC (criminal force with intention of outraging the modesty of a woman) rather than under Section 8 of the POCSO Act.

Interpretation by other Courts

In J itendra vs. State8, R iyaz alias Gora Rashid Shaikh vs. State of Maharashtra9, and

Mahendra alias Balu Basuraj Shamkuwar vs. State of Maharashtra10, the accused was  held guilty under Sections 8 of the POCSO Act for sexually assaulting by fondling, pressing and holding the breasts of the child victim, as the accused failed to rebut the presumption  raised under Sections 29 and 3011 of the said Act. In paragraph 20 of J itendra vs. State12, the court held that if it is proved that the accused with a sexual intent touched or pressed the  breasts of the prosecutrix the offence would be complete and fall within the ambit of section.

Moreover, the courts stressed on the term ‘physical contact with sexual intent’ rather than interpreting whether the same was direct or indirect. The courts keeping in mind the object of the act had widely interpreted the provision rather than walking down narrow path. Unlike the present case these courts also considered Sections 29 and 30 of the said Act which raises   a direct presumption of culpable mental state of the accused under Section 7.

The court has totally neglected the object of the said Act and  has  misinterpreted  the  legislative intent behind enacting the said provision. The Act has been enacted to protect the children from offenses of sexual abuse, harassment, and pornography. The court while construing a particular provision must ascertain the intention of the legislature since it is an accepted principle that legislature expresses itself with the words and in the absence of any ambiguity or absurdity; no other interpretation can be looked over.

POCSO Act is social welfare legislation, a purposive construction should be adopted in cases  of such legislations and the courts should have a broad attitude while construing the same wherever necessary.

The Government in 1992 has acceded to the Child Rights Convention13 adopted by the UN General Assembly in securing the best interest of the child and the object  is that the  law  should operate in a manner taking into consideration  the  best  interest and the  well-being of the child should be of paramount interest to ensure healthy physical, emotional, intellectual,  and social development of the child.

In Ajay Harichandra Dhengre vs. State of Maharashtra14, the accused was  held guilty  under Sections 354, 323 IPC, and Section 8 of the POCSO Act for fondling the breasts and private part of the victim. The said decision was upheld  by the  Bombay High Court taking  into consideration the object of the act and the intention of the Parliament behind enacting the same with due regard for safeguarding the interest and the well-being of the child.

offences against women and children which involve moral turpitude or moral delinquency which have great impact on social  order and the public interest which  should not  lose the  sight of or per se require exemplary treatment. Any liberal attitude by imposing meager sentences or taking too sympathetic views will be against societal interest. Further in  State of M.P vs. Munna Choubey and Anr16, the Apex Court observed that when a woman is ravished what is inflicted is not merely the physical injury but deep deathless shame and the physical  scar  may  heal  up  but  the  mental  scar  will  always  remain.  Further  it  referred to

Dhananjoy Chattergee vs. State of W.B17, the imposition of punishment is the manner in which the court responds to the society crying for justice against the  criminal.  Justice  demands the court to impose a  befitting crime. The court should not  only consider the  rights of the accused but also the rights of the victim and that of the society at large  while  considering  the   imposition  of   punishment.   The  Apex  Court  in   Hussein  V  Mohammed

Saiyed vs. State of Gujarat18, held that the court would fail in its duty if appropriate punishment is not awarded to a criminal against crime which he has committed not  only  against the victim but also against the society to which both belong to.

Moreover, no court prior to this decision has made any difference between  a  direct  and indirect touch and the same can be seen from the above referred judgments. Further, no Act defines the term physical contact and specifies what would fall under the ambit of the same. The major question that arises is, in absence of any clear definition of the term physical  contact, what difference would a direct i.e.  skin to skin  or indirect touch make in order to  bring an act of the accused under the ambit of the said section? The context of a provision should be appreciated by taking into consideration the intent and the  purpose  of  the legislation. When two constructions are reasonably possible under a  provision,  preference must be given to the one which helps to carry out the beneficial purpose of the Act without unnecessarily expanding the scope of the provision. When it comes to these social welfare legislations, if the purpose of enacting such legislation is defeated then the absurd result is arrived at as it can be seen in the present case.

The court has not considered presumption under Section 29 and 3019 of the POCSO Act. The said section raises a direct presumption against the person committing, abetting, attempting to commit, and the existence of a culpable mental state of the accused under section 7. The said section shifts the burden on the accused to prove beyond reasonable doubt and not merely  when existence is established by a preponderance of probability. [Section 30(2)]20

Lastly, in Ganesan vs. State21, it was held that solitary evidence of  prosecutrix is  sufficient and same if inspires confidence of the court and is trustworthy then conviction based on such can be held proper.

In such cases what a judge is expected to do is to look beyond the strict  linguistic  interpretation and follow a path that best serves the soul of the legislative intent. The words should not be stretched beyond a permissible and acceptable limit.

The said judgment was criticized by many human rights activists and bodies. The ‘National Women’s Commission’ expressed their disdain for the same. The Supreme Court of India suspended the said controversial judgment of the Bombay High Court22. The stay  was  ordered23 by Chief Justice Sharad Bobde as  Attorney General KK Venugopal  submitted that the judgment will set a dangerous precedent. The Apex Court, along with a temporary injunction granted the permission to file a petition against the Bombay High Court.

The ‘Youth Bar Association of India’ and the ‘National Commission for Protection of Child Rights’ filed appeals urging the Apex Court to permanently obliterate  the  decision of  the  High Court.

The protection of the dignity of a child is the backbone of this legislation and  the  said judgment fails to achieve the same. The present judgment sets a bad precedent.  This  will  affect various other provisions concerning the safety and security of the women and children especially the ones under derision.