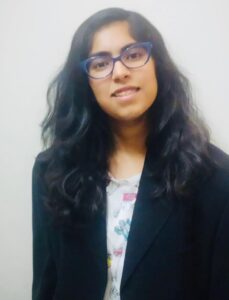 SUPPRESSION OF RIGHT TO PRESS: THE 2020 FACT CHECK

There significance lays in the fact that they have a major role within the formation of public opinion. The Media is considered to be a two sided weapon. An accountable media can lift the nation to heights by providing a sturdy support for its development and an unaccountable media can cause disarray in the society. The working of press is highly driven by the freedom of speech and expression ensured under article 19 of the constitution. Regardless of the wide interpretation of these freedoms, India as of 2019 stands on the 140th position on the global index when it comes to freedom of press. Although there is ample amount of freedom still present but that too has gone through evolution throughout time. The point to be noted here is that there is no direct mention or provision prescribed for the freedom of press. Further even if we assume that the right of speech and expression fulfils that duty then the India sedition and defamation laws are used in a way that it becomes a major obstacle in the working of the media. Its needs to be recognised that having an indirect law to govern an issue and then having other laws restricting the working the issue narrows down the scope of the topic which is the case in the right to press. Moreover it is a substantial fact that our media as well is also not completely perfect in its conduct and certain restrictions are indeed required for larger public welfare. Given the present day situation considering the freedom is not explicitly mentioned opens it for a lot of unjust changing restrictions thus a proper mandate can be a requirement for a much more efficient regulatory system.

There has been a lot of evolution within the right to press of our country and the interpretations given by various courts nowhere lacks within the article 19 but seeing the present cases. Taking about 2020 the issues have also revolutionized. The present day modern media encounter much different hurdles which pose a much greater threat to the democratic values of the country as compared to the any issue which has done in the past. With corporate supremacy and political propaganda on its peak in the present time the present adverse condition has proven to be highly violative of the press freedom. With the misuse of laws of sedition, defamation and censorship the media has become highly vulnerable. From journalist being killed and media houses being suppressed the problem has definitely widened within the last decade. The expression or thought that is not in consonance with the policy of the government of the day should not be considered as sedition. The Law Commission has rightly said, “an expression of frustration over the state of affairs cannot be treated as sedition”. If the country is not open to positive criticism, there would be no difference between the pre- and post-Independence eras. But time and again the law of sedition is continuously misused to charge the journalist which further hampers their right to speech and expression. Further it is a non bail able offence and when the journalists are taken into custody, it is a moment of utmost harassment for them. This is being continuously being misused so as to suppress the public voices against the government. Within 2020 sedition has become a major obstacle and has proven to be a mockery of the law. A major increase has been seen within the sedition cases being filed against the journalists while the conviction rate remains less than 10%. Here the fact of they being acquitted after the trial is of little importance but greater emphasis needs to be paid to the issue that number of unjust arrests which are being made under sedition act as threat to the fundamental rights of the people.

Addressing the issue of censorship, Censorship and bans on movies and documentaries in India is something which everyone is well aware of. The question here is not of completely refuting these bans but is to question those “unwarranted bans” which hinder the practice of free speech and expression. We might certainly agree upon the fact that there need to be certain restrictions upon what has to broadcasted on national level which in a way is for public good only. But restricting the content basis of which comes from the society itself is not something which can be categorically put into the ambits of “wise decisions”. Rather all these decisions by the government give rise to backlashes as the on a serious level not only hinder the expression rights of the people but also barricades the people’s choices of what they want to view.

The Constitution of India guarantees to the citizens the fundamental right to freedom of speech and expression. However unlike the constitution of United States, the Indian Constitution empowers the state to impose reasonable restrictions on the exercise of this right.

The test of obscenity laid down in Ranjit Udeshi v. State of Maharashtra is something which is still acceptable but many a times government have imposed a ban of a given documentary by specifying the reasoning of “public order”. The Censor Board is supposed to be a large expert body carefully constituted to cater to the needs of different segments of the society. Moreover, the procedure for grant of certificate of exhibition to a film is quite elaborate. So its decisions must be given full weight. But the role and position of the Board is confusing. The members are appointed and virtually controlled by the Government. However, the irony is that the game is not confined to only scrapping of movies by the Board. Even a positive nod by the Board is not the final but depends on the Central Government, making censorship a questionable issue.

Now defamation is something which is used as a weapon to exploit the media houses by not only governments but also by big corporate firms. They allegate these media houses of defamatory remarks on their reputation and often ask for huge amounts in compensation. These also often lead to arrests of various journalists if done against the government. The point to be noted here is that there is a very thin line between doing someone’s defamation and informing the government about the reality. Circulation of factual information for the public good cannot amount to defamation. Furthermore even if we assume that the news was fake or did not comprise of 100% true facts, even then such compensatory amounts are not justified as there were no malicious intentions involved. Time and again the Indian courts have come in support of the freedom of expression and press but it is through these charges only that a certain kind of fear and dominance is created by the government. Such kind of treatment means nothing but oppression of the press. Conclusively in context of defamation the Bombay high court very recently has on 14 February 2020 has said that media houses cannot be slapped with defamation charges as they have the right to bring forward the reality and the kind of malicious practices people are involved in but the Indian media has still remained prone to suppression by the political leaders.

To sum it up, we may notice that the justice system of the country has kept the right to press and expression at one of the supreme pedestals. Even though the very law does not explicitly mentions the idea and freedom of right to press but at various instances, the court of law through its various and numerous interpretations has always made an effort to widen the scope of the freedom. It through such steps only that the media of the country still remains protected.  What should be kept in mind is that there are various other factors which act as an obstacle between this freedom and some of these factors are also aided by the very law of the country itself. Be it sedition, defamation or censorship in one way or the other they do add up to the problem which in present day has become a big problem. It’s totally understandable that certain amount of restriction is necessary to maintain public order but the restriction shall prove to be reasonable enough that too by the modern parameters as the end goal of any democracy is to voice the opinions of its citizens and not to oppress it. So, a more explicit law might be our call in the near future.