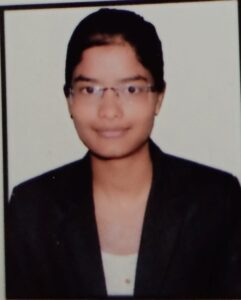 SCOPE OF MEDIATION IN MATRIMONIAL DISPUTES IN INDIA

The Alternative Dispute Resolution mechanisms are complementary to Court proceedings and are gradually gaining more and more importance. The most significant feature of ADR Techniques is that the litigants are not chained by the technical procedure of the ordinary courts. The society, state and the parties to the dispute also have a duty to settle the dispute before it affects the family, business, society or ultimately humanity as a whole, because in a civilized society The rule of law should prevail and principles of natural justice should apply and Complete justice should result.

Mediation is one of the Procedure or technique of Alternative dispute resolution. Mediation is the facilitation of a negotiated agreement by a neutral third party who has no decision making power. Mediation is now recognised as one of the quickest and most cost effective way of resolving a dispute and is the most common form of ADR.

Prior to Covid-19 our court system facing so many loopholes likes congested calendars or Large number of cases, a limitation or shortage of judges, depleted support staffs, and simply a shortage of time for judges to deal with each and every cases or commit to an active effort to engage the parties in settlement of their dispute. As a result of it, cases are left unheard for so many months, and even years until reaching standards and goals for the case. This results in a needless waste of time and wastage of money from both sides.

In present time, the covid pandemic has led to a virtual shutdown of the court system. Civil trials have been suspended as mass gathering is not possible in the current situation. No Court appearances are taking place. In essence, cases have been left in limbo. A virtual standstill.

The ADR is a technique of dispute resolution through the intervention of a third party. An arbitration process settles the disputes outside the court. ADR brings the parties to the negotiating table, identifying problems, establishing facts, classifying issues, developing the option of settlement and ultimately solving the disputes through award which is binding on the parties. If the parties cannot settle the dispute themselves and decided to bring in a third party they have some control over the process but not necessarily over the solution.

Matrimonial issues are considered to be a private matters of a family and the parties don’t want that their private matters comes to the knowledge of the public and tried to sought the same by themselves or by seeking the help of the third party. From here the importance of mediation comes into picture, now the parties seek to the Mediator in order to resolve their disputes as in the court proceedings or in litigation there is no such kind of confidentiality, and also it’s a time consuming process and more expensive too as compared to the mediation process. In Mediation process, parties themselves decide the settlement terms and it’s a speedy resolution process where information disclosed is not revealed to anyone and it preserves the relationship which may be destroyed by court litigation.

Mediation is a process in which an impartial / neutral third party – a mediator facilitates the resolution of a dispute by way of amicable agreement by the parties to the dispute. Impartiality, neutrality and independency are assets of a mediator so a mediator must not be a partial or biased one.

COMPONENTS OF MEDIATION ARE

·         Simple and Flexible procedure – Mediation follows simple procedure as compared to the courts. Procedure which saves a lot of time to the parties and follows informal ways for resolving the dispute. Therefore, parties are free to express themselves without any fear of court of law.

·         Maximum Chances of Restoring Relationship – There are maximum chances to restoring relationship in mediation because parties discusses their issues together on the same platform and it also prevents further conflict and maintain good relationship between the parties.

·         Speedy Resolution – Mediation is the only method for speedy resolution of cases, and provides much quicker resolution as compared to the courts.

·         Scope of creativity – Mediation handles the issues and resolves the issues creatively which is very necessary to resolve the critical matters.

·         Confidential procedure – The mediation procedure is very confidential which helps the parties to feel comfortable and express their views without hesitation.

·         Maximum Participation of parties – There is an option for the parties to discuss and express their views which is not possible in the court procedure. Hence, in mediation their will be Maximum participation of the parties.

·         Enforceability of Mediator decisions – The decisions provided by Mediator can be enforced easily.

·         Less Expensive – The Mediation procedure is cost effective as compared to the court proceedings.

·         ADR aims of achieving a settlement or resolution – The main aim of Mediation is resolving the issues effectively, providing the solution in cost effective manner, within less time and by maintaining confidentiality.

·         Avoids Litigation – Through mediation lengthy litigation process can be avoided and uncertainty and dissatisfaction experienced in the court can also be avoided. There is a Win – Win positions for the parties.

·         Precedents are not followed – There is no rule in ADR that the judgement of one case is to be followed in other similar cases. Therefore, there is no certainty in the procedure.

Settlement and refer the same for–

(2) Where a dispute has been referred–

(d)   for mediation, the court shall effect a compromise between the Parties and shall      follow such procedure as may be prescribed.

As per the provisions of sections 23(2) and 23(3) of Hindu Marriage Act, 1950 and sections 34(3) and 34(4) of Special Marriage Act, 1954, the Courts are directed to make an endeavour to bring reconciliation between the parties seeking a divorce according to the facts and circumstances of a case.

Court held in this case is that the criminal proceedings can be quashed by the High court at his own discretion by making the use of his power vested in the court according to Section 482 of Criminal Procedure Code. Its an appeal petition was filed to the Supreme Court. An FIR had filed by the wife against the husband and later, according to wife, there is no such problem in their relationship  and the same FIR was filed without thinking or reason and impulsively. So, According to the Supreme Court, courts should uplift or encourage reconciliation or Mediation especially in the matrimonial disputes of these kind.

Afcon Infrastructure Ltd.  V.  Varkey Construction Co. Pvt. Ltd.  is one of the most famous cases dealing with mediation. It is a landmark judgement in which the court held that outcomes or result of the mediation should be demonstrate to the court and reasons for giving the choice of mediation shall also be recorded when the court referring the parties for mediation

In Manas Acharya  V.  State and Anr case the court issued an even more pro mediation approach wherein it highlighted that the settlement obtained in mediation or the decision taken by the mediator is legal and valid one and whatever decision is taken in the mediation process is binding on both of the parties.

Mohd. Mushtaq Ahmad v. State,  the wife lodged a divorce petition and also a  FIR against the husband under Section 498A of IPC as disputes has been  arose between them after birth of a female baby child. The province judicature administered the parties to go for mediation under Section 89 of CPC. The matter was settled companionably through the process of  mediation when  the wife determined to take back the FIR filed by her. The Court allowed this by stating that the court in exercise of its inherent powers will quash the criminal proceedings or FIR or grievance in applicable cases so as to fulfil the ends of justice.