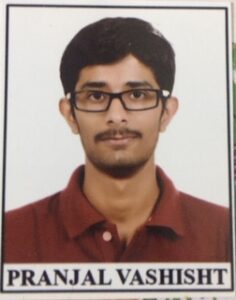 RIGHT TO INFORMATION: A CRITICAL ANALYIS OF CONSTITUTIONAL AND LEGISLATIVE PROVISIONS

This research paper goes into the depth of the right to information and critical analysis of its constitutional and legislative provisions. Information is that monetary unit that every individual needs in life to make a difference as well as in the administration of society, since the awareness obtained on the basis of this right would furnish him/her to make out wrong from right. Right to information is that essential right from which other fundamental human rights will come into act. No one in the society can claim to be wholly free unless it has both the tools and the implementation of providing its people with an approach to information. Whether it is known as the ‘freedom of information’ as it is in most of the nations or the ‘right to information’ as in more current laws, it is the duty of Governments and its associates to assure this right by applying access to information laws in true soul of the word /or in its right atman. The right to convey and receive information is kind of the right to freedom of speech and expression guaranteed by article 19(1)[1] of the constitution. There are some important constitutional and legislative provisions regarding this aspect which came into the action and now, this right is seen with a different viewpoint, which is in itself a positive outcome so as to keep the government and the people of the country with a bit transparent mind.

The 21st century is the period of information and knowledge; we are constantly being flooded with and are going after to get information. Information access has become unavoidable both for the individuals as well as to the organizations. It is a key instrument for allowing citizens to take part in the political operations of their nations. It allows the people with knowledge to see what the Government is doing and how it is choosing to answer to the changes in today’s continuously evolving political environment. With considerable amount of knowledge and information people are able to investigate official policies and suggest substitutes that they sense could be more successful. In this way, approach to information can be the tool in moving from an authorized to a receptive, consultative and efficacious democracy.

An aura is being created in approval of more information and less confidentiality. Iron- curtains have been thrown open wide even in socialist rule. The idea of an unsecured society with more information access, reorganizing of directorate and free dialogues has become the command of the day. The right to information includes the affair of both ‘Inclusion and Exclusion. On one hand, technology has brought facts and figures at our doorsteps and on the other hand, bureaucracy in our country is still hiding information from people’s understanding to the extent viable, for which it is crucial for forming public thinking and extending sincere participation.

The abstract idea of right to information is deep – rooted in the democratic framework itself; hence there arises no need to track down it to the Constitution or any legislation for that matter. The basic essence, upon which the codification for the access to information nestles, is to change the set of notions of the Government and the people. If people are the lords, the savants and the agents, bureaucrats and the politicians cannot hide the information from them. To bring belief in the minds of the common man, his right to know what conclusions are being made, to superintend the executions of these decisions and to take lineage of what has been done by the bureaucracy and the bureaucrats are the backbone of a transparent and open government. This opinion covers any news relating to any item, any idea, ideology or belief relating to any matter. It also includes remarks on facts and viewpoint, the creation or pronouncement in cognitive and artistic field etc. In laymen’s terms, it includes every expression or conduct of human intellect. It is from the mingling of these concepts through which the term freedom of information has become apparent. It means the right to seek information from any public command. It also unfolds the right to have access to government held data, documents and records.

Constitutional Provisions and the Right to Information

Democratic public survives by welcoming new schemes, investigating them, and banishing them if found of no use. Therefore, it is important that whatever plans the government or its other constituents hold must be openly put before the public. The open flow of information is essential for a democratic society in specific because it helps the mass to grow and develop. It is now identified that the right to information is indispensable for democracy for ensuring lucidity and accountability in governance and ruling. It therefore makes sure that governance is more participatory being a crucial constituent of a triumphant democracy. In our contemporary world, we just cannot visualize a true democracy where the citizens are impoverished of information that is a tool for their decision-making in issues relating to themselves and the common well being of their as well as other societies.

In Secretary, Ministry of Information and Broadcasting, Govt. of India vs Cricket Association of Bengal[2], the Supreme Court clearly stated that the right to freedom of speech and expression, under Article 19(1)(a)[3] of the Constitution, covers the right to pass on and collect information by means of electronic media. The verdict forms a binding or convincing model within its jurisdiction.

In 1976, in the Raj Narain vs the State of Uttar Pradesh[4] case, the Supreme Court gave the verdict that right to information will be served as a fundamental right under article 19. The Supreme Court had an opinion that in Indian democracy, people are the pundit and they have the equitable right to know about the functioning of the government.

Thus the government approved the Right to Information Act[5] in 2005 which provides the mechanism to make use of this fundamental right.

RTI: Not Merely a Law But Very Critical for the Foundation of Democracy

“The real Swaraj will come not by the acquisition of authority by a few, but by the acquisition of capacity by all to resist authority when abused”. When Mahatma Gandhi declared this, he may not have visualized that one day India will have to draft a law to entitle people for something as rudimentary as seeking information about the evolution of the country.

The date of 12th October 2005 shall be etched in one’s memory as a new era of authorization for the common man in India. It is appurtenant everywhere except the state of Jammu and Kashmir. This law was passed by Parliament on 15th June 2005 and came into act on 12th October 2005. Information revelation in India was confined by the Official Secrets Act[6], 1923 and various other special laws, which the new RTI Act now slowed down.

Constitution and Right to Information

As a consequence of the Indian national movement in opposition to the British imperialist cantonal power, the progressivist democratic political set up with a written constitution comprises rule of law, social justice, evolution, adult franchise, regular elections, a multiparty order has come into actuality. For the pellucid operation of the democratic political organization, the establishing fathers of the constitution included the clauses of the right to expression in part three of the constitution in the fundamental rights. While there is no particular right to information or paradoxically right to freedom of the press in the constitution of India, the right to information has been studied into the constitutional confirms which are a part of the chapter on fundamental rights.

Supreme Court and Right to Information

For more than two centuries, the Supreme Court of India has identified the right to information as a constitutionally sheltered fundamental right, confirmed under the Article 19[10] (right to freedom of speech and expression) and Article 21 (right to life) of the constitution. The court has put a name to the right to access information from government agencies is foundational to democracy.

The Indian Penal Code 1860 and Right to Information

Though the Indian Penal Code[11], 1860 does not trade in crystal clear with a citizen’s right to information, it however includes various clauses which have close relevance on the authority of a public servant to issue correct facts to the public, lacking which the public servant concerned is responsible to punishment for his acts of exclusion and task in this regard. The section 21[12] of IPC explains a public servant to contain such class of persons as every commissioned officer in the military, naval or air force of India, every judge, every officer of a court of justice, every juryman, assessor or an element of Panchayat accommodating a court of justice or public servant, every adjudicator or other person to whom a root or matter has been referred for conclusion or record by a court of justice or by any other capable public command, every person who holds any office by merit of which he is entitled to place or keep any person in custody, every officer of the Government whose obligation it is, as such officer, to fend off offenses and to give information of the same.

As much as the act has delegated the citizen and given them a “weapon” to keep the public representatives inspected, not everything about it is safe or foolproof. The act has loopholes – some of them in its execution, and some in its clarifications. There are also some particular problems with the application of act in certain states. Some states have started charging high fees like Chhattisgarh in order to file an RTI application. This is in spite of the fact that the Act set down a minimal fee.

There is a hope though. The Whistleblowers Protection Bill[13] is closely associated with the victory of the RTI act, taking into consideration the increasing strikes on RTI activists who have provoked to register grievances against corrupt politicians, and intentional exploitation of power by them. The legislations to safeguard whistleblowers, when sanctioned, shall provide protection to an RTI applicant.

This act entitles the people to collect information. But the main issue is that when 35% of the population is illiterate, then how anyone could anticipate that people will request information. The act is deficient in obligatory teeth for levanters. In instances where information has been refused without adequate cause, the punishment is not so tough enough so as to have a damper effect on those who do not want to allocate information.

The official mindset is a very big obstacle in the progress of this act. No official in normal condition wants to share information. They generally prefer not to share information, and therefore people find it very difficult to secure information from them. The act itself provides for several grounds on which the public information officer turn down the application. Although one is allowed to appeal to next higher authority but this is just making the matter worse. The act being based on computerized records of data, it may take a long time in computerization of such vast data and therefore the doubt hangs over whether the act would be implemented in a time bound manner.

The RTI act has been praised by democracy advocates all around the globe, since it is at par (or even better) than same laws enacted in countries in the West. The RTI act is one of the legislation that is indeed the pride and honor of Indian democracy.

The RTI act, as it perches today, is a strong key to give support to the soul of democracy. The need of the hour is that the RTI act should be enforced to make sure that the objectives of the RTI act are met. Any try to weaken the provisions of the RTI act will only curb its success. Since the primary step in cleansing any organization is to uncover its malaise, the same procedure needs to be followed in RTI as well.