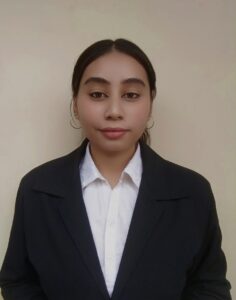 PREVENTION OF CHILD LABOR: WHAT LEGAL MECHANISMS WERE ELABORATED TO PROTECT AND DETECT CHILD LABOR?

Child labor continues to be one of the greatest problems confronting the world right now. The hands of the children are intended for holding pens and books and not for washing dishes or serving plates. Child labor occurs primarily in developing countries and this can have a worldwide impact. Considering the varied reasons that are accredited to cause child labor in countries like India, it will be exhibited that poverty is a common element altogether. India does not have enough resources to tackle such a problem because there is a lack of awareness about a child’s mental and physical health, therefore international effort is needed.

The Bureau of Indian Census 2001 defines child labor as “the participation of a child under 17 in any financially productive activity with or without compensation, wages or benefits. Such participation can be physical or mental or both. This work includes part-time assistance or unpaid work on the farm, in the family business, or in any economic activity such as growing and producing milk for sale or home use. The Government of India classifies child labor into two groups: primary workers who work 6 months or more per year. And at least child laborers who work at any time of the year but less than 6 months of the year. “According to 2017 statistics, India is one of Asia’s leading countries, with 33 million children engaged in various forms of child labor

The International Labor Organization (ILO) assesses that there are more than 200 million children under the legitimate age (Fifteen years) who are engaged in child labor. These children are made to work at horticulture, brick-making factory, sex business, development work, quarrying, and prostitution which can interfere with their training and social development. The greatness of this issue has affected low-income countries, particularly poor people. Due to lack of education and unemployment, child labor has become a necessity in these nations including Asia and Africa. People are not educated enough, some do not have jobs, according to them, studying is not beneficial for their children, and they believe that a child should earn at this stage. Parents send their children to work without realizing that it jeopardizes their child’s well-being and advancement.

The Situation Prevailing in India

In India, the Child Labor Prohibition and Regulation Act, 1986, and its regulation stipulate that children shall not be allowed to be employed in any occupation listed in part-A. The law strictly prohibits the employment of children in certain ‘dangerous occupations’ and regulates the working condition of others. According to the 2011 census data, India had 10.13 million child laborers, ages 5-14. However, this problem is not uniform across India as some states report a higher prevalence of child labor than others such as Uttar Pradesh, Bihar, Rajasthan, Maharashtra, and Madhya Pradesh. – which together make up almost 55% of the total labor force. Children in India. Acute poverty is the main cause of child labor throughout the planet, but everybody – society. Parents, government, individuals, low wages, unemployment, poor standard of living, deep social prejudices, and backwardness are directly liable for child labor in India. Despite this, there’s no enactment that genuinely contributed to the wipe out of child labor. The constitution in the article – twenty-five states that no child below fourteen years is going to be utilized in any factories or mines or engaged in any venturesome occupation that’s harmful to them. But, until currently it’s not remarked anyplace of lavation or elimination of child labor. Admitting that the Child Labor Prohibition and Regulation Act of 1986 has suggested some average operating conditions for youngsters who add hazardous environment, nonetheless, the word hazardous has not been such as clearly anywhere within the constitution, or in any act declared on child labor. Thus, the clarification of the term ‘hazardous’ is unclear and inadequate particularly within the case of child labor.

In a recent legal analysis carried out by CRY (2019), it was observed that before the reform of the law, 83 hazardous occupations and processes were annexed to Annex 1 of the law. The listed occupations were subsequently reduced to 38 in 2016. Compared to the main list of hazardous occupations as defined in the 1986 Environmental Protection Act, out of 104 listed occupations and processes, only 83 entries in 2008 and 38 occupations and processes they are considered prohibited job categories for child workers. In addition, it was noted that 38 basic hazardous processes and occupations are prohibited for working children, but the remaining 66 hazardous processes and occupations still serve as service areas for adolescent labor employment as they are included in peripheral industrial activities under the Environmental Protection Act 1986 and the Factories Act 1948. Child labor laws allow children to help out in family businesses; they are likely hired to run family businesses or to help families. As industries reopen with the easing of labor laws, small businesses are likely to be critical contributors in the supply chain, thus expanding employment opportunities for children, especially when the enforcement mechanism is weak. .

During the National lockdown, migrant workers suffered the most; they suddenly found themselves without jobs, food uncertainty, or source of income. This has driven them into intense neediness. To get by with restricted admittance to business openings, the probability of their children accepting financial jobs has expanded. In this way, children are likely to enter the labor force and increased the danger of abuse for the one previously working.

What immediate actions should be taken to prevent child labor?

Child labor is an evil that ought to be done away with at the earliest. Children are the prime assets of a nation. Extreme poverty is the main cause; children have no other choice other than working. Many households would need to undergo the discomfort of starvation if the youngsters are withdrawn from work, ‘beggars can’t be chooser’. There are many laws and regulations regarding child labor, but they are ineffective in dealing with child labor. This is possible only with the cooperation of all sectors of society and law enforcement agencies and by eliminating or reducing the causes of child labor. Due to the higher poverty level, the poor families need to send their children to work, knowing that the upcoming years are going to be ruined but they need to, as that’s the sole way open for them to survive in this world. Therefore unless the socio-economic status of the poor families is improved, India has got to accept child labor. The solution is in the hands of the government, and parents of child labor must take the necessary steps to eradicate poverty through employment. Children have the power to play a significant role in preventing and responding to child labor too. Necessary practical measures must be taken to raise children. The government must provide the necessary means to educate poor people and spread awareness about their physical and mental health and also the punishment for violation of the Child Labor Act.