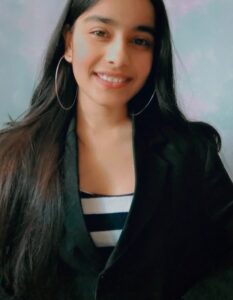 The inappropriate use of a child’s sexuality by many means, for example production of child pornography, sexual intercourse, bad touch, child grooming, sexual exploitation of a child and many more, comes under Child Sexual Abuse[1]. It is also termed as Child molestation. CSA is a criminal offence which is mostly done by an adult or an adolescent against a minor child. Under the Indian Penal Code, Section 376 describes the sexual abuse as a criminal offence which includes the sexual abuse against a minor also. The Protection of Children from Sexual Offences (POSCO) act of 2012 is completely devoted to this social evil. There many factors which leads to CSA like poverty, lack of education, child marriage.  According to UNICEF “Child marriage represents perhaps the most prevalent form of sexual abuse and exploitation of girls.”[2] World Health Organization described CSA as follows,“ It includes a child who   is unable to   give consent,  under  compulsion, fear   or any  other  circumstances, not prepared   physically,  mentally   or  emotionally   for  sexual   activities,  any   illegal  activity,  other activity   which   not   relates   with   the   moral   values   of   the   society,   child   trafficking,   child prostitution, child pornography, and many other similar acts, which are done against the will of the child in it”.[3]

This research paper includes the causes, effects, laws of the social evil “Child Sexual Abuse”. In depth study of the present scenario in India regarding the same is also depicted in the research paper. The main topic which are covered in the present scenario are abuses during the pandemic, present state of knowledge, estimated incident rates, data and various other remarkable topics related to the topic.

A child sexual abuse sufferer faces so many difficulties in their lives, from the mental one to the physical one.  This section of the paper talks about the same. Some of these effects are presented below:

1.     Psychological effects: According to the studies, 51% to 79% of the sexually abused children are found to exhibit psychological symptoms. This kind of assault can give a life time trauma. There has been many long term and short term psychopathology  effects faced by the accused like, self-esteem[4], anxiety disorders, depression, sleep disturbances[5], eating disorders and many more including the post-traumatic stress disorders. CSA also result in the pregnancy many a times, which causes a grist amount of stress and mental trauma.

2.     Interpersonal relationships: Sexual abuses  affect the intimate and platonic relations of the sufferer. After facing something like this they find it difficult to talk to their friends, partners in most of the cases.[6]

3.     Physical health: The sexual abuse against a minor caused injuries and infections. Injuries like bleeding, internal lacerations, these even caused deaths in some cases. Sexually transmitted diseases[7] remained a main infection in CSA.

4.     Education/ later life: For many, education a work became the escape from their sufferings but in a report it was seen that their future life, their grades, their whole future is affected by the trauma of CSA.

Some of the recent cases are being discussed in the following part of this section:

In this case, the supreme court judge implied the laws of the POSCO act in relation to the case framed against him qua alleged commission which is punishable under section 10 of the POSCO act, 2012.

The Protection of Children from Sexual Offences Act, 2012 is a legal act introduced with the aim of protecting the children of India from criminal offences and to provide them a judicial mechanism which is child friendly. It ensures at most security of children in India.  According to a survey conducted in the year of 2017 by World Vision Organization[11], it was seen that every second child was some or the other type of sexual assault. After the coming of POSCO act, 2012; in an another report produced by the Economic Intelligence Unit named “2019 Economic Intelligence Unit Report”, India was the highest ranked among 60 countries, which all were surveyed. The report rated legal framework of India for the child abuse protection.  In this survey, India left behind top 3 countries in having the best environment in the case of children; they were Sweden, Australia and United kingdom. The pandemic gave rise even more sexual abuse cases mainly, by the means of social media. Here are some key features briefly described in this section of the research paper.

·       POSCO is a gender- neutral law: Wherever the sections are described talking about the sufferer, it is mentioned as ‘any person’ below the age of 18 years, instead of mentioning any gender.

·       There is no time limit to report an abuse: it was observed by the union ministry of law and justice that due to the trauma of getting sexually abused, people get time to take decision of filing a complaint. Therefore, the rule is to complaint at any time.

·       Identity: section 23 of the POSCO act ensures that the identity of the victim does not get disclosed. Punishment is given for the violation of this section.

·       If a person don’t report an abuse, even after being aware of the same, he/she would be punished under section 21 of the POSCO act.

·       Some of the important POSCO rules are that persons who are allowed to contact the sufferer regarding the case, need to get periodically verified by the police and the protection policy of zero tolerance is need to follow. If not followed, strict punishments are to be given to the wrongdoer.

Key features of the present scenario of CSA in India

This section mentions almost all the key points about the CSA in context of India briefly.

·       According to the reports of the National study on the topic, it is found that India comes in the list of countries, register most of the child sexual abuse cases in the world. According to the report, found that 20.90% of the total children in our country faces the offence of CSA. From which, 50% of the sexual abuses are done by their acquaintances only which included their trustworthy people like relatives, parents, friends, neighbors etc.

·       According to the study of United Nations International Children Education Fund during 2005-2013, stated that 42% of CSA are committed against the girl I the country of India.[12] Boys were also almost equally effected and more than 20% of those faced some severe forms sexual abuse which included exhibiting private parts, assault etc.

·       In India, there is also a delay in medical treatment of sexually abused children which resulted in various threat and stress to the family of accused and the sufferer himself/herself.

·       CSA is different in India than all the other countries as the causes of the same different. India the main caused remained poverty and child marriage, which don’t take place in the developed countries like united state, Japan etc. therefore, people see CSA in India differently.

·       Sexual assault takes place more in rural areas than the urban one. this causes a sense of distinction. There are some cities in India, which report more CSA rates than the other cities, which makes them high risk cities. This causes an major effect on the intervention, education and prevention.

·       Child Sexual Abuses don’t come alone, they bring with them other physical and mental problems, making it more difficult to overcome the trauma.

·       Prevention requires given of complete awareness about the CSA. It needs to make the changes in the family, society, community, state and national level. Children should be prioritize in the context. Enforcement of law and NGOs must be proper. POSCO act is a perfect example of it.

The research paper is about the concept of, “Present Scenario of Child Sexual Abuse”, a vast topic to study every inch. This research paper is written with the aim of covering at most concepts, laws etc of CSA. In making, the author used secondary data for the research work to meet the requirements. The research paper used descriptive and analytic methods to cover the important topics of CSA like,  the meaning of the term CSA, their effects, an important law made to provide justice to the victims of CSA, which includes, POSCO act and the key features including the statistics of the CSA in India.