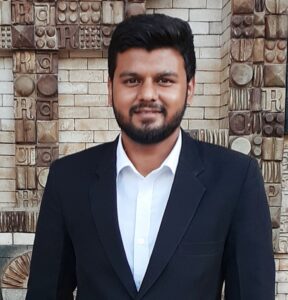 Judiciary is the most important pillar of any civilized society and indispensable organ of administration in a modern set up. In a democracy governed by the rule of law, just and fair trial, freedom of speech and expression are most valuable assets available to every citizen. However, freedom of speech must be exercised within reasonable limits as envisaged under the Constitution. It must neither hinder nor put a stumbling block in the smooth, fair, impartial trial and administration of justice, if someone does this than it will amount as contempt of court and is punishable in law, since it may directly or indirectly affect administration of justice and lower the reputation and prestige of judiciary in the eyes of the public.

The Constitution of India explicitly recognizes these facts in three of its provisions viz. Article 19(2), 129 and 215.

Article 19 – Protection of certain rights regarding freedom of speech etc

(1) All citizens shall have the right

(a) to freedom of speech and expression;

(b) to assemble peaceably and without arms;

(c) to form associations or unions;

(d) to move freely throughout the territory of India;

(e) to reside and settle in any part of the territory of India; and

(g) to practise any profession, or to carry on any occupation, trade or business

(2) Nothing in sub clause (a) of clause (1) shall affect the operation of any existing law, or prevent the State from making any law, in so far as such law imposes reasonable restrictions on the exercise of the right conferred by the said sub clause in the interests of the sovereignty and integrity of India, the security of the State, friendly relations with foreign States, public order, decency or morality or in relation to contempt of court, defamation or incitement to an offence

Article 215 – High Courts to be courts of record Every High Court shall be a court of record and shall have all the powers of such a court including the power to punish for contempt of itself.

“CJI rides a 50 Lakh motorcycle belonging to a BJP leader at Raj Bhavan Nagpur, without a mask or helmet, at a time when he keeps the SC in Lockdown mode denying citizens their fundamental right to access justice!”

In his reply regarding his tweet dated 29.06.2020, Prashant Bhushan stated that the tweet was made to underline his anguish at the non-physical functioning of the Supreme Court for the last more than 3 months, as a result of which fundamental rights of the citizens such as those in detention and others having serious and urgent grievances were not taken up for redressal. Secondly, his intention behind posting the photo of the CJI riding the bike was to highlight the incongruity of the situation where CJI keeps the court virtually, in lockdown due to COVID-19 fear and on the other hand he was seen in a public place with several people around him without a mask. Thus, he concluded that his expression of anguish to highlight this incongruity doesn’t amount to contempt of court. If it were so regarded, then it would be violative of his fundamental right of freedom of speech and expression as it will be an unreasonable restriction.

Contemnor No. 2 Twitter has stated in reply that it is a global website that provides a micro-blogging platform to its user for expression of thoughts and to communicate among themselves. It is just an “intermediary” defined under section 2(w) of Information Technology Act,2000 and thus it is not the author or originator of the tweets in question. It has no editorial control on the tweets and merely acts as a display board. After the order dated 22.07.2020 of this court, it has not only blocked the access to the tweets in question but also disabled them.

The Court observed that the trust, faith and confidence of the citizens of the country in the judicial system is sin qua non for existence of rule of law. An attempt to shaken the very foundation of constitutional democracy has to be held with iron hand. The tweet has the effect of destabilizing the very foundation of this important pillar of the Indian democracy. There is no manner of doubt that the tweet tends to shake the public confidence in the institution of judiciary. We are concerned with the damage that is sought to be done to the institution of administration of justice. In our considered view, the said tweet undermines the dignity and authority of the institution of the Supreme Court of India and the CJI and directly affronts the majesty of law.

An attack on the Supreme Court does not only have the effect of tending an ordinary litigant of losing the confidence in the Supreme Court but also may tend to lose the confidence in the mind of other judges in the country in its highest court. A possibility of the other judges getting an impression that they may not stand protected from malicious attacks, when the Supreme Court has failed to protect itself from malicious insinuations, cannot be ruled out. As such, in order to protect the larger public interest, such attempts of attack on the highest judiciary of the country should be dealt with firmly. No doubt, that the Court is required to be magnanimous, when criticism is made of the judges or of the institution of administration of justice. However, such magnanimity cannot be stretched to such an extent, which may amount to weakness in dealing with a malicious, scurrilous, calculated attack on the very foundation of the institution of the judiciary and thereby damaging the very foundation of the democracy.

The summary jurisdiction of this Court is required to be exercised not to vindicate the dignity and honour of the individual judge, who is personally attacked or scandalized, but to uphold the majesty of the law and of the administration of justice. The foundation of the judiciary is the trust and the confidence of the people in its ability to deliver fearless and impartial justice. When the foundation itself is sought to be shaken by acts which tend to create disaffection and disrespect for the authority of the court by creating distrust in its working, the edifice of the judicial system gets eroded. The scurrilous/malicious attacks by the alleged contemnor No.1 are not only against one or two judges but the entire Supreme Court in its functioning of the last six years. The tweets which are based on the distorted facts, in our considered view, amount to committing of ‘criminal contempt’.

The court held that the tweets posted by Contemnor No.1 are based on distorted facts and thus amounts to committing criminal contempt. As far as Contemnor No.2 is concerned, we accept that it is only an intermediary and doesn’t have any control on what user posts. Moreover, it also acted bonafidely by blocking and disabling the tweets in question. Therefore, we discharge the notice issued to the alleged Contemnor No.2 and hold alleged Contemnor No.1 guilty of committing criminal contempt of this court. Before pronouncing the sentence, the court also had given Bhushan three chances to provide with an apology. Still, Bhushan, through his own statement and his lawyers, completely stood with his tweets saying that apology at this stage would amount to “contempt of his conscience”. He urged that the tweets should only be seen as “constructive criticism”. Bhushan’s lawyer requested the court to view the tweets as fair criticism, which was made with the point of view of the judiciary’s betterment. But the court rejected the argument that the tweet has not interfered with the administration of justice. Along with that, Attorney General KK Venugopal also requested the Supreme Court not to punish Prashant Bhushan. Thus, the court sentenced Contemnor No.1 with a fine of Re 1/- (which is to be deposited by 15.09.2020), failing which he shall undergo simple imprisonment for a period of 3 months and shall also be debarred from practicing in this court for a period of 3 years.

While hypersensitivity and peevishness have no place in judicial proceedings vicious stultification and vulgar debunking cannot be permitted to pollute the stream of justice. Indeed under our Constitution there are positive values like right to life, freedom of speech and expression, but freedom of speech and expression does not include freedom to distort the reputation of the Courts. The contempt power in a democracy is only to enable the court to function effectively, and not to protect the self-esteem of an individual judge. The foundation of the judiciary is based on the trust and the confidence of the people in its ability to deliver fearless and impartial justice.