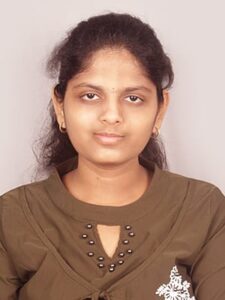 Rape is the term derived from “rapere” which means to seize. It is considered to be one of the most heinous crime in the society. Section 375 of the Indian Penal Code (IPC) defines Rape. It is defined as the sexual intercourse with a woman against her consent, will (or) by putting her under the fear of death/hurt[1].

Marital rape refers to undesirable sexual intercourse by a man with his own wife by unlawful force, threat of force (or) physical violence (or) when she is incompetent to give consent to such sexual intercourse. It is considered to be a non-consensual act of violence by husband against the wife where she is abused both physically & mentally.

In this paper, I would like to look into the concept of Marital rape prevailing in the society that leads to stigma for the Indian society.

In Indian scenario, marital rape is excluded from the ambit of rape. However exception 2 of Section 375 made it clear that,

“Sexual intercourse by a man with his own wife, the wife not being under fifteen years of age, is not rape[2]”.

From the above exception it can be seen that sexual intercourse by a man with his own wife is rape when she is below 15 years of age regardless of the fact whether it is done with (or) without her consent. Such a kind of restriction is very important to restrain men from taking advantage of their marital rights prematurely. However a man cannot be made liable for raping his own wife when she is above 15 years of age.

Thus, this exception tends to be a debatable aspect as it is violative of Article 14 (equality before the law) of the Indian Constitution and tends to discriminate against women.

In Bishnudayal v. State of Bihar[3], where the victim, a girl of 13 (or) 14 years of age who was sent by her father to accompany the relatives of his elder daughter’s husband to look after her elder sister for some time was forcibly married to the appellant and had sexual intercourse with her. The accused was here held liable for rape under Section 376 of IPC.

Under Section 376B of IPC sexual intercourse with one’s own wife without her consent under a decree of judicial separation is punishable with 2 to 7 years of imprisonment.

In Independent Thought v. Union of India[4], the Honorable Supreme Court on 11th October, 2017 held that exception 2 to Section 375 so far relates to the girl child below 15 years of age is liable to be struck down on the following grounds;

ü  it is arbitrary, changeable, unusual & violative of the rights of girl child and not fair, just and reasonable under ‘Article 14, 15 & 21’ of the Constitution of India.

ü  it is discriminatory & violative of Article 14 of the Constitution of India.

ü  it is inconsistent with the provisions of POCSO Act(Protection of Children from Sexual Offences), 2012 which must prevail.

Therefore exception 2 of Section 375 of IPC is read as –

“Sexual intercourse (or) sexual acts by a man with his own wife, the wife not being 18 years, is not rape”.

It is however made clear that this judgement will have prospective effect. It is also clarified that Section 198(6) of CrPC will apply to cases of rape of “wives” below 18 years, and cognizance can be taken only in accordance with the provisions of Section 198(6) of the Code.

Under the Indian Penal Code, there are some instances where husband can be criminally prosecuted for an offence of marital rape;

–        When the wife is below 12 years of age, offence punishable with imprisonment of either description for a term which shall not be less than 7 years but which may extend to life (or) for a term extending up to 10 years and shall also be liable to fine[6].

–        Rape of a judicially separated wife, offence punishable with imprisonment up to 2 years & fine[7].

This Act did not however consider marital rape as a crime, but as a form of domestic violence[9]. Under this Act, if a marital rape has been committed on a woman then she can obtain an order of judicial separation from the court.

Article 14 guarantees a fundamental right of equality before the law & equal protection of laws to every citizen of India[10]. This is an irony where Section 375 of IPC makes a classification in terms of an exemption that does not regard a forceful sexual intercourse within a marriage as  rape.

In State of West Bengal v. Anwar Ali Sarkar, the two requisites of a valid classification were laid down by the Supreme Court are;

–        the classification must be founded on an intelligible differentia which distinguishes that are grouped together from others; and

–        the differentia must have a rational relation to the object sought to be achieved by the legislation[11].

Right to live with human dignity recognizes the autonomy of an individual which is inherent under Article 21.

The concept of right to life under Article 21 of the Constitution includes right to live with human dignity that includes the bare necessities of life such as nutrition, clothing & shelter etc., was held in Francis Corallie Muin v. Union Territory of Delhi[13].

In The Chairman, Railway Board v. Chandrima Das, it was held by the Supreme Court that the offence of rape violates right to life & the right to live with human dignity of the victim of the crime of rape[14].

The Supreme Court has recognized the right to privacy which is constitutionally protected under Article 21 in a series of cases like Kharak Singh v. State of U.P[15], Govind v. State of Madhya Pradesh[16], Neera Mathur v. LIC[17]. In State of Maharashtra v. Madhkar Narayan[18], it was held that every woman was entitled to sexual privacy & it was not open to for any and every person to violate her privacy as and when he pleased.

This right is a part of Right to life under Article 21. It has been held in some judgements like CESC ltd v. Subhash Chandra[19], Regional Director, ESI Corporation v. Francis de Costa[20]. Because marital rape may cause serious psychological & physical harm & may sometimes lead to the transmission of a Sexually Transmitted Disease (STD) to such a victim of rape.

In Queen Empress v. Haree Mythee[21], it was observed that in case of married women, the law of rape does not apply between husband & wife after the age of 15 years even if the wife is over 15 years, the husband has no right to disregard her physical safety.

To the contrary in Sree Kumar v. Pearly Karun[22], here there was a ongoing dispute on divorce between the parties. Thereafter, a settlement was reached between the husband & wife and parties agreed to continue to reside together. The wife stayed with the husband, during which she alleged that she was subject to sexual intercourse by her husband against her will & consent. Hence, husband was not guilty of raping his wife though he was de facto guilty of having done so.

The violent & non-consensual acts of husband may entitle wife to bring action for criminal assault but what is more important is that there is a need for liability in our penal laws with respect to marital rape.

There are many Acts that are made for the protection of women, but even the provisions in such Acts do not penalize such kind of offences. And it’s high time where there is a necessity to penalize such offences to safeguard the married women in our society.

There is a dire need to acknowledge the women of our society as human beings to avoid the social stigma prevailing in the society. As the current practices in our society negates the self- worth of a woman.