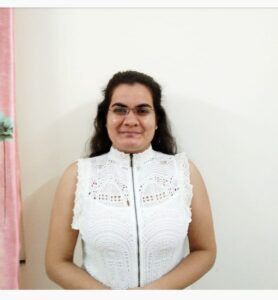 JURISDICTION OF CYBERSPACE: ANALYSIS OF LAWS OF UNITED STATES AND INDIA

Jurisdiction is one of the first major issues before any court of law. If the court does not have jurisdiction to entertain the matter which has come forward before it, then the matter will not be further proceeded The Court either Domestic or International without jurisdiction does not have any authority to entertain the matter, to decide rights and duties or impose penalty or punishment. The Cyber space has raised the basic problems of jurisdiction in International laws and domestic laws because of its de-territorial nature. Internet allows parties to execute transactions without disclosing their identity; and the parties` world and violate the rights of the other party or person. The paradigm of the jurisdiction in the International law and national law is required to be shifted because of the peculiar nature, increasing use and need of the cyber space.

Under International law, there are six generally accepted bases of jurisdiction or theories under which a state may claim to have jurisdiction to prescribe a rule of law over an activity. In the usual order of preference, they are – (i) Subjective Territoriality, (ii) Objective Territoriality, (iii) Nationality, (iv) Protective Principle, (v) Passive Nationality, (vi)Universality.

Subjective territoriality is by far the most important of the six. If an activity takes place within the territory of the forum state, then the forum state has the jurisdiction to prescribe a rule for that activity. The case majority of criminal legislation in the world is of this type.

Nationality is the basis for jurisdiction where the forum state asserts the right to prescribe a law for an action based on the nationality of the actor.

INDIAN POSITION OF THE JURISDICTION IN CYBERSPACE

In majority of instances the Indian Penal Code, 1860 (IPC) and Information Technology Act, 2000 (IT, Act) in India deals with the position of jurisdiction of cyber space. Section 2 to 4 (2) of the IPC deals with territorial and extra territorial offences. The IPC is made applicable to the any offence committed by the India citizen in the whole of the globe. In the instances of person (non – citizens) doing offence outside the Indian Territory, the offences does not fit in the scope and ambit of the Indian Penal Code, 1860. Therefore, offence conducted by the person from other sovereign nation in cyberspace is not punishable under the Penal Codes, 1860. Another important legislation, IT Act, 2000 is enacted to resolve the problem of jurisdiction in India. The Information Technology Act, 2000 is applicable to the citizen and non – citizens committing crimes outside the India territory (Section 1(2) and Section 75 of the Information Act, 2000).

It is submitted that even Section 75 of Information Technology Act of 2000 and Section 3 and Section 4 of the Indian Penal Code provides extraterritorial jurisdiction. The

Therefore, these types of broad wording of the legislation are in conflict with the territorial principle of the International Law.

According to statutory assumptions created under Section 13 of the Information Technology Act of 2000 though of India and if his place of business is outside the territory of India, the Indian Court cannot exercise the jurisdiction. Similarly, according to said assumption created under Section 13 of the Act the Court can assumed jurisdiction though electronic message is dispatched or received outside the territory of India if the person receiving or dispatching an electronic message has place of business in India.

It is pertinent to note that because of Section 13 of the Information Technology Act of 2000 the Indian Court would not be able to take cognizance of the matter though Act of dispatching electronic message is partially or fully conducted from the territory of India.

Further, because of this statutory assumption the court would be unable to take cognizance of the matter even of the electronic message has an adverse impact on rights or interests of the citizen(s) of India. The assumption created under Section 13 of Information Technology Act of 2000 does not have any advantage as such because otherwise also according to general principles of jurisdiction and CPC and Cr. P.C the Court was empowered to take cognizance of the matter at the place of the business of the person. Section 13 of the IT Act, is apparently inconsistence with territorial and passive nationality principles of International Law on jurisdiction.[1]

(b)   the offences are committed via network located in India;

(c)   Wrongful loss is caused to the person by making data accessible to the entire world including India but date is copied from the computer located outside the territory of India.

(d)    In the examples of passive websites registered and created outside India (for example photographical websites) but accessible in India. Similarly, a website with unauthorized copyrighted material may have access in India without targeting computer resources located in India. In these examples the target is not computer resources located in India per se. The intention is to make it accessible to the entire world. Incidentally, it would be accessible in India also. The above explanation shows that the jurisdiction clause is resource (object) centric rather than victim centric.

It is important to understand the traditional principles of jurisdiction, like personal jurisdiction, local state`s long arm statute and the due process clause of the United States Constitution to know how these principles have been used by various courts to resolve e – commerece related disputes.

Computer crimes because of their transitional nature involve certain difficult jurisdictional issues. Suppose a hacker operating from a computer in country A, enters a database in country B, and after routing the information through several countries causes a consequence in C, here atleast three jurisdictions are involved and who shall try him? The dilemma was described very appropriate by La Forest, J., in Libman v. The Queen[2], in following words – “one is to assume that the jurisdiction lies in the country where the crime is planned or initiated. Other possibilities include the impact of the offence is felt, where it is initiated. Other possibilities include the impact of the offences is felt, where it is initiated. Where it is completed or again where the gravamen or the essential element of the offence took place. It is also possible to maintain that any country where any substantial or any part of the chain of events constituting an offence takes place may take jurisdiction”.

The Cyber Space is a world with no limits and hence it becomes difficult to determine the power of the court to adjudicate upon the matter hence the need of the hour is to look into provisions of law that can be applicable to deal with the case of cyber crime.

Recently, also due to the COVID – 19 pandemic there had been an increase in the number of cyber crimes and itself shows how the countries including US and India are vulnerable position to cyber threats and hence addressing this issue is vital.