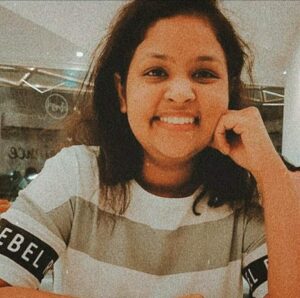 GROWTH OF CORPORATE GOVERNANCE IN THE ERA OF SCAMS

According to Institute of Chartered Accountants in England and Wales “Corporate governance is that the system by which companies are directed and controlled. Boards of directors are liable for the governance of their companies. The shareholders’ role in governance is to appoint the directors and the auditors and to satisfy themselves that an appropriate governance structure is in place.” Corporate Governance is essentially all about how corporations are directed, managed, controlled and held accountable to their shareholders. In India, the question of Corporate Governance has come up mainly within the wake of economic liberalization and de-regularization of industry and business. With the rapid pace of globalization many companies have been forced to tap international financial markets and consequently to face greater competition than before.
According to the poll conducted by Asiamoney Infosys topped a poll on best practices in corporate governance. It defines corporate governance as a technique of balancing societal and individual goals. It is about maximizing shareholder value legally, ethically, and on a sustainable basis.

Corporate Governance and its scams

With the growth of corporate governance, there has been a high level growth in corporate scams too. History of corporate world is fraught with manipulations and scams. These corporate frauds are widespread, costly, and multifaceted and adversely affect all stakeholders. Starting from the ‘first well-documented’ securities manipulation fraud, known as the ‘Dutch Tulip Mania’ in 1636 and 1637 in the Netherlands, to ‘Glaxo China’ in 2014, corporate frauds around the world, have rocked the company world resulting, either in new or revamping of the older governance structures, codes and guidelines. Corporate scams have emerged as the biggest risks which companies are exposed to, and are increasingly becoming a big threat. Incidents of frauds are increasingly at an alarming rate and within the process:
• Destroy the confidence of investors in stock markets
• Results in enormous destruction in wealth of investors
• Damage the reputation of the affected company, its management and board of directors
• Erode ability of affected company to borrow and thus creating financial stress.

Satyam, the face of Indian sunrise sector, and now identical to classic frauds of Indian corporate is only one instance to recall, but the Indian economy has been through various frauds in corporate, banking, insurance including the regulatory and depository body of India, i.e. the NSEL scam worth crores to name a few.

SATYAM (2009)
Protagonist – B Ramalinga Raju & others
Amount – Rs. 7,200 Cr
What was it about? –
An accounting scandal where Ramalinga Raju confessed to having cooked up the accounts of Satyam Computers and inflated its bank balances. He has, along side his relations , also been accused of laundering money through a mesh of many companies.
Status:
Out of jail, on bail! Raju walked call at late November 2011 after spending 32 months behind bars after the CBI did not charge him on time and therefore the ED delayed launching prosecution because of lack of clarity on which court will hear the matter. Not just Raju, but all the 10 co-conspirators are also out on bail. The CBI is is believed to be nearing completion of the case. But with the ED chargesheet, which incorporates 37 other individuals aside from the ten prime accused and 166 companies, just being filed, it could take longer before there is closure to this case.

KETAN PAREKH SECURITIES SCAM (2001)
Protagonist – Ketan Parekh
Amount – Rs. 1,250 Cr
What was it about? –
Parekh was involved in circular trading and stock manipulation through 1999-2001 during a host of companies. Like his mentor Harshad Mehta, Parekh too borrowed from banks like Global Trust Bank and Madhavpura Mercantile Co-operative bank, and manipulated a number of stocks popularly referred to as K-10 stocks.
Status:
Parekh has spent just one year in jail but has been banned from trading within the Indian stock markets till 2017. His name though, continues to haunt the road as he has been accused of pulling the strings from the backstage. An IB (Intelligence Bureau) report last year alleged that Parekh and his associates were still engaged in circular and insider trading through front entities, but it was very difficult to establish his complicity because these were largely benami transactions.

SPEAK ASIA SCAM (2011)
Protagonists: Harender Kaur, Manoj Kumar Sharma, Tarak Bajpai & others
Amount – Rs. 2000 + Cr
What was it about? –
An online business survey firm that collected thousands of crores of rupees from over 24 lakh investors, asking them to fill surveys and guaranteeing to quadruple their income in one year, Speak Asia was accused of running a Ponzi scheme. A criminal case was registered against the firm in 2011, some accounts frozen and its business shutdown.
Status:
The Economic Offences Wing (EOW) despite promising to file a watertight case hasn’t yet filed a chargesheet within the case, even with the Bombay supreme court rapping it for clubbing all the cheating cases together, resulting in a delay. Speak Asia’s panelists have still not been refunded their money (Over Rs 2,000 Cr is due consistent with some media reports) and its key force are absconding, with no convictions made till date.

HOME TRADE SCAM (2002)
Protagonists – Sanjay Agarwal, Sunil Kedar
Amount – Rs. 600 Cr
What was it about? –
A brokerage embezzling funds from over 25 corporate banks across Maharashtra by luring them with higher interest rates on gilt trading. Investigations revealed that the G-Secs which Home Trade claimed to have bought, were not physically delivered and may not have even existed.
Status:
According to an India Today report Agarwal who was arrested in 2002 is out on bail. The case has been indefinitely delayed thanks to the accused not turning up for court hearings.

SARADHA CHIT FUND SCAM (April 2013)
Protagonist – Sudipta Sen
Amount – Rs. 2060 – 2400 Cr
What was it about? –
One of the biggest Ponzi schemes in West Bengal that enjoyed political patronage and lured millions of investors to deposit money with the promise of abnormally high returns including fancy holidays etc. The chit fund eventually collapsed resulting in defaults after a crackdown by SEBI and therefore the Federal Reserve Bank of India. The default, aside from leaving small depositors high and dry, also led to 10 media outlets owned by Saradha being forced to finish up , leaving 1000 journalists jobless.
Status:
Various agencies including ED and SFIO are probing the misappropriation of funds. Sudipto Sen, the Chairman and director of the Saradha Group was arrested earlier this year and therefore the Enforcement Directorate has been granted his custody for interrogation to probe concealment . Suspended TMC MP Kunal Ghosh, who was accused by Sen for being involved within the scam has been involved questioning by SFIO, but not arrested yet. The state had set up a fund of Rs 500 crore for compensating poor depositors. Of Saradha’s 1.7 million investors, only 1000 depositors were indemnified in September and about 1 lakh were expected to be compensated before durga puja.
Changing role of SEBI as a watchdog
It is interesting to note how it emerged and expanded its root so deeply in India. Corporate governance in India developed in fragments. With each scam committed, the govt tried to form it more stricter than ever. With every puncture created, there was a loss of crores suffered by the innocent investors. From 1988 where SEBI was just a regulatory body to 1992 where it became a statutory body, SEBI has grown since then but not because of the conscious efforts of the legislation but through various scams which reflected deep potholes in the system. But what are the issues in our system that gives these companies to corrupt the system? Are the provisions that are weak or is it the regulations? Or maybe it’s the inordinate delay in justice.
SEBI has extended control over the 23 stock exchanges of the country and initiated several steps to make reform in the regulations of the capital market so that investor’s may be protected against the fraud. Infect, SEBI sent strong message to market participants that strict observance of regulations has been essential to meet the extending needs of capital market as well as protect the investor’s against the frauds. Moreover, the concept of corporate governance (initiated by the SEBI on the basis of recommendations of various committees such as Shri Kumar Mangalam Birla 2000, Naresh Chandra 2000 and Shri Naranyana Murthy 2003) hinges on complete transparency, integrity and accountability of management, which also includes the non-executive directors. The main aim of corporate governance to handle corporate frauds and scandals, and a System of making directors accountable to Shareholders for the effective management of the company and also with adequate concern for ethics and value.

Evolution of Corporate Governance in India
The concept of excellent governance is extremely old in India dating back to 3rd century B.C. where Chanakya (Vazir of Parliputra) elaborated fourfold duties of a king viz. Raksha, Vriddhi, Palana and Yogakshema. Substituting the king of the State with the corporate CEO or Board of Directors the principles of Corporate Governance refers to protecting shareholders wealth (Raksha), enhancing the wealth by proper utilization of assets (Vriddhi), maintenance of wealth through profitable ventures (Palana) and above all safeguarding the interests of the shareholders (Yogakshema or safeguard). Corporate Governance wasn’t in agenda of Indian Companies until early 1990s and nobody would find much regard to this subject in book of law till then. In India, weakness within the system like undesirable stock exchange practices, boards of directors without adequate fiduciary responsibilities, poor disclosure practices, lack of transparency and chronic capitalism were all crying for reforms and improved governance. The fiscal crisis of 1991 and resulting got to approach the IMF induced the govt to adopt reformative actions for economic stabilization through liberalization. The momentum gathered albeit slowly once the economy was pushed open and therefore the liberalization process got initiated in early 1990s. As a part of liberalization process, in 1999 the Government amended the Companies Act, 1956. Further amendments have followed subsequently in the year 2000, 2002 and 2003.The major corporate governance initiatives launched in India since the mid 1990s.There are various reforms which were channelled through a number of different paths with both the Security and Exchange Board of India (SEBI)and the Ministry of Corporate Affairs, Government of India(MCA) playing important roles.

Conclusion
After the good shock, corporate governance remains considered important by shareholders and investors particularly during times of monetary trouble.
The OECD report on financial crisis in 2010 pointed out the weaknesses in corporate governance that contributed to financial crisis. They run about the lack of risk assessment and disclosure, high-risk exposure, lack of financial experience among board members and remuneration still linked to short term gains.
Board structure, composition and dealing practices have being associated with good governance and avoidance of frauds. This report considers that these characteristics can vary counting on complexity of business then they have to be capable it.
Corporate governance is vital to control in shaping its legal and regulatory frameworks, incorporating governance requirements. It is important to drive shareholders and stakeholders in arising the proper questions on business. If they need skills to try to to it, if they need to try to to it or are sensitive to impression management that cloud their mind, this is often out of reach of all these frameworks.