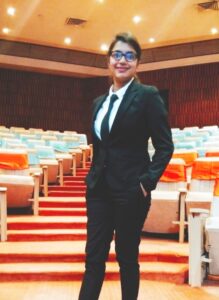 Commercial Surrogacy means a surrogate receives a amount in exchange being a surrogate mother. A commercial gestational surrogacy agreement includes a pre-determined monetary compensation to the surrogate, in addition to covering medical costs, etc.

More importantly, it is important to remember the physical toll the pregnancy will have on the surrogate, including any complications that may arise. No amount of money can make up for it. The value comes from the feelings of selflessness and kindness a gestational surrogate can experience having given the greatest possible gift, a child to someone who could not have the baby without the commercial surrogate’s help.

COMMERCIAL SURROGACY SHOULD BE LEGALISED IN INDIA

Commercial Surrogacy should be legalized in India due to following reasons:

1.Surrogacy is a rewarding gift.

– Most women who choose surrogacy do so to give back to another family. It takes a special, compassionate person to become a surrogate. A surrogate can walk away from the experience with a deep sense of pride and satisfaction that they were able to help another family in the most selfless way possible.

2.Surrogacy allows you to experience pregnancy.

– Surrogates often enjoy being pregnant. The surrogacy process allows them to experience all of the joys and wonders of pregnancy again, even if their own families are already complete.

3.Surrogates enjoy a sense of community.

-Surrogacy is a unique experience, and many surrogates are able to develop close bonds with other women who have completed the process.

– Gestational carriers enter into a legally binding contract with the intended parents, giving them the opportunity to clearly outline their expectations and responsibilities during the surrogacy process. This ensures that the surrogate will be fairly compensated and that she will not be responsible for the baby after birth.

– In exchange for your yearlong commitment to the intended parents, as well as the many physical and emotional demands of pregnancy, you will receive compensation that may be used to help you achieve future goals, such as buying a house or paying for your children’s college education.

– For those who have struggled with infertility, LGBT couples, and those with medical conditions that make pregnancy unsafe, surrogacy is often the answer to years of unsuccessful attempts to create a family.

– Gestational surrogacy often enables one or both parents to maintain a biological relationship with their child.

– Many intended parents become close with their surrogate and her family during the process, developing meaningful bonds that can last a lifetime.

-A legally binding contract outlining everyone’s expectations will be negotiated and signed prior to the embryo transfer, so everyone will know exactly what to expect during the surrogacy process. A court order is obtained prior to birth of the child, confirming the intended parents’ legal rights.

10.Surrogacy ensures you are involved.

-Intended parents are often able to be involved in their surrogate’s pregnancy, attending key appointments and being present for important milestones, including the embryo transfer and birth.

11.Surrogacy is likely to be successful.

-Surrogates have a proven track record of carrying healthy pregnancies, which often makes surrogacy more likely to be successful than fertility treatments for intended parents.

It is the need of the hour to introduce a legislation in India in reference to legalize Commercial Surrogacy so that the best form of protection to the surrogate mothers and children born out of commercial surrogacy so that it is undertaken openly, by trained registered health professionals.

Legalizing commercial surrogacy with open, accessible information would give children born from surrogacy similar rights to know their parentage and identity; and to be protected by law.

WHY COMMERCIAL SURROGACY BE BANNED IN INDIA?

Like all international surrogacies in lesser-developed countries, the protections available for intended parents and surrogates are less available — and have led to harmful results. When Indian surrogacy first became a booming industry, there were no regulations in place, and unsafe and unethical practices developed in response.

The women who chose to become surrogates in India during this time were subjected to unethical treatment, poor living conditions and exploitation. To keep up with demand from international intended parents, Indian surrogacy agencies effectively ran “baby factories,” where Indian women were forced to live until they gave birth to the intended parents’ babies — with usually no assistance for the family they had left behind while pregnant.

In addition, the surrogates in India only received a fraction of the expenses that intended parents paid the surrogacy agency — only $4,000 to $5,000 for compensation. With agencies charging more than double that in total, surrogates were commonly exploited in commercial surrogacy. Their poverty and lack of education drew them back into the surrogacy process over and over again for this financial gain, and their health declined as they effectively became “baby-making machines” year after year. They also did not receive the kind of supportive services they needed for themselves and their family during this emotional journey.

In the year 2008, a surrogacy case came forward named as ‘The Manji case’ in which a baby Manji was born through surrogacy to a Japanese couple. The couple got separated before the birth of the child. The father was barred from taking the custody of the child as Indian Law bars single man from taking custody of a girl child and the Japanese Law did not recognize surrogacy. However, the baby after that got the visa but the case underscored the need for a framework to regulate surrogacy in India. Therefore, the above case can be said to be the genesis of the Assisted Reproductive Techniques (Regulation) Bill, 2014.

The existing rules state that any foreign couple seeking to enter into a surrogacy arrangement in India must be a ‘man or woman who are duly married and further the marriage should be sustained at least for two years.

The number of foreign couples approaching India, looking for legal and uncomplicated methods of parenthood has risen in the recent years. The cost of surrogacy in India is generally $18000 to $30000 out of which the surrogate mother gets around $8000. One of the reasons for surrogacy being an easy process in India is poverty, as overseas couples find it very easy to rent a womb in India as many women earn a major part of their livelihood through surrogacy only.

In 2008, the Supreme Court of India in the Baby Manji Yamada vs. Union of India case highlighted the lack of regulation for surrogacy in India. In 2009, the Law Commission of India observed that surrogacy arrangements in India were being used by foreign nationals, and the lack of a comprehensive legal framework addressing surrogacy could lead to exploitation of poor women acting as surrogate mothers. Further, the Law Commission recommended prohibiting commercial surrogacy, allowing altruistic surrogacy and enacting a law to regulate matters related to surrogacy.  In 2015, a government notification prohibited surrogacy for foreign nationals. The Surrogacy (Regulation) Bill, 2016 was introduced in Lok Sabha on November 21, 2016.

The Union Cabinet, chaired by the Prime Minister, Shri Narendra Modi has approved a historic Bill for the welfare of Women in the Country – the Assisted Reproductive Technology Regulation Bill 2020. This follows the introduction in Parliament of the Surrogacy Regulation Bill 2020, and the approval of the Medical Termination of Pregnancy Amendment Bill 2020. These legislative measures are path breaking steps to protect women’s reproductive rights.

Once the Bill is enacted by the Parliament, the Central Government shall notify the date of the commencement of the Act. Consequently, the National Board will be constituted.

The National Board shall lay down code of conduct to be observed by persons working at clinics, to set the minimum standards of physical infrastructure, laboratory and diagnostic equipment and expert manpower to be employed by clinics and banks.

The States and Union Territories shall constitute the State Boards and State Authorities within three months of the notification by the Central Government.

The State Board shall have the responsibility to follow the policies and plans laid by the National Board for clinics and Banks in the State.

The Bill also provides for National Registry and Registration Authority to maintain a Central database and assist the National Board in its functioning.  The Bill also proposes for a stringent punishment for those practicing sex selection, sale of human embryos or gametes, running agencies/rackets/organizations for such unlawful practices.

The Surrogacy (Regulation) Bill, 2020 proposes to regulate surrogacy in India by establishing National Board at the central level and State Boards and Appropriate Authorities in the States and Union Territories. The Bill has been examined by the Select Committee and the report has been tabled in the Rajya Sabha on the 5th of February 2020.

The major benefit of the Act would be that it will regulate the surrogacy services in the country. While commercial surrogacy will be prohibited including sale and purchase of human embryos and gametes, ethical surrogacy to the Indian Married couple, Indian Origin Married Couple and Indian Single Woman (only widow or Divorcee) will be allowed on fulfillment of certain conditions. As such, it will control the unethical practices in surrogacy, prevent commercialization of surrogacy and will prohibit potential exploitation of surrogate mothers and children born through surrogacy.

It can be said that this new bill would have both positive and negative repercussions. It would be unfortunate for a multi-crore industry. As the provisions of the bill states that if any surrogacy process has started before the bill is issued, in that case the parties would have to approach the State Health Authorities for permission after completion of the other formalities. Similarly, it would create problem for the women who have already rented their womb as after the child is born it won’t be easy for them to get the exit permission. However, at the same time it will prevent the cases of trafficking, abandonment of children after birth through surrogacy by restricting it only to needy infertile parents.