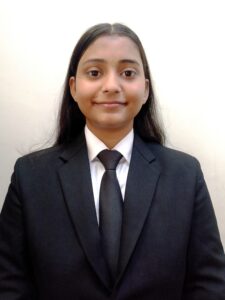 CAPACITY TO CONTRACT AND DISCHARGE OF CONTRACT-AN ANALYSIS

The construction and execution of contracts are under Indian Contract Act, 1872. The Act explains how a contract is formed, parties competent to make contract, what is valid, void, and voidable contracts, and what will be the consequences for breach of the contract or any of its terms. For an agreement, there must be an offer and an acceptance for the same with some consideration. All contracts are agreements but, all agreements are not contracts. Only the “agreements which are enforceable by law are a contract”[1] and “if they are made by the free consent of parties competent to contract, for a lawful consideration and with lawful object”[2] are said to be a valid contract. The present article first deals with, one of the conditions of a contract i.e., who all can enter into a valid contract or capacity to contract and then, various ways to discharge the contract i.e., putting an end to the obligations of the contract.

1.To study the topic of capacity to contract and discharge of contract.

2.To analyse the topic through different judicial interpretations and case laws.

For any contract to be valid, both parties must be competent to enter into any agreement i.e., must be allowed by the law. In general, only certain persons have capacity to enter into a contract. A valid contract may be made by any legal personality which includes, natural persons and artificial persons like, companies.

Section 11 of ICA states, “who are competent to contract”[3] and lays down three types of persons who have the capacity to enter into a contract, they are:

3.     Person shouldn’t be disqualified by law.

The section implies certain people who are incompetent to contract, which includes:

3.     Person who has been disqualified by law.

Any person who is not the age of majority is a minor. Under section 3(1) of The Majority Act[4], every person living in India is said to be major after attaining age of 18 years and not before. Thus, below 18 years of age no person has the capacity to make a valid contract. However, the age of majority is 21 years for whose person or property a guardian is appointed by the court[5]. Though, this rule only applied for domestic land, if one party is from India and another is from a foreign country, then the age of majority will be decided by, on which land transaction and contract was made. For the same, the case of TNS Firm v. Muhammad Hussain set specific guidelines.

The general understanding of the section for the very long time was that, minor’s contract is voidable at the option of other person but, in the landmark judgement of Mohri Bibi v. Dharmodas Ghose[6], privy council held minor’s agreement void ab initio. Even if minor fraudulently represented himself of majority age in order to get some amount, still it would be a void contract and no sum could be recovered from minor in such case. The similar judgement was given in case of Leslie (R) Ltd. v. Sheill[7] and council said, if minor is compelled to restore then it would mean enforcement of void contract and law doesn’t allow that.

Though, in some of the cases minor could be held liable to restore the other party. This is called the doctrine of restitution. In which, a minor by misrepresenting his/her age purchased any property, then he will be liable to return the property unless, it has been already converted or sold.

Contracts made for the benefit of Minor:

1.     A minor can be a beneficiary party in a contract though, he cannot be compelled to be promisee or payee.

2.     A Minor can be a partner in a partnership firm but he will not be liable to third party. Section 30 of Indian Partnership Act[8], lays down certain conditions on minor being a partner in the firm. A minor can enjoy the benefits of partnership but cannot be held liable as partner.

3.     Other party could claim necessaries supplied to a Minor under section 68 of ICA[9]. Necessaries must be to support the minor and there must be good and reasonable cause behind it.

In the case of Nash v Inman[10], claimant supplied necessaries to the minor (defendant) including 11 fancy clothes and waistcoats. But the fact that defendant had ample supply of that already thus, it was held not amounting to necessaries and claimant’s action failed.

The medical definition of unsound mind is that, the person is incapable of understanding the transaction or contract and is not aware of the consequences of his act. An agreement with such person is void under India contract act. Though, the property of such person will be liable. A person who is occasionally of unsound mind can make contract when, he is of sound mind. This condition is called lucid intervals. Though, the burden of proof is upon that particular person, to prove that he was of unsound mind at the time of making of contract.

Similarly, a drunk person is also incompetent to make any contract. Any contract made with him is void.

There are certain groups of people to whom law doesn’t allow to make any contract with other party and thus, lack the capacity to enter into a contract. It includes:

Citizens of foreign country living in India are alien enemies. Such persons have capacity to enter into contract with domestic people only at times of peace with their country. Contract made is subject to government restrictions. The capacity to contract of such person ends when there is a deceleration of war between Indian and his country.

A person who is serving imprisonment and is guilty does not have capacity to enter any contract. Though, he has the liberty to suit after expiration of his imprisonment period.

An insolvent person could only enter certain types of contracts, which does not include his property.

Corporation Incorporated under a Special Act and Joint Stock Company-

A corporation or company is an artificial person which is formed by the law. It has the capacity to enter into certain contracts which arises out of powers of the Memorandum of Association or a Special Act.

Discharge of contract refers to the point where obligations of the contract come to an end. Contract can be considered discharged after completion of obligation and even when not all obligations are performed i.e., when one party breach the contract. There are mainly four ways to discharge a contract.

When a contract is formed, each party promises to do or abstain from doing some things and when their performance of contractual obligations is completed, the contract is discharged. Section 15 of Sale of Goods Act[11] states, “Goods sold should match the description given by the seller” and any variance in goods shall give right to the buyer to repudiate the contract.

In the case of Varley v Whipp[12], seller sold reaping machine to buyer by giving description of the goods and stated it to be in new and it used to cut 50 or 60 acres. But, on delivery buyer of the machinery found it to be extremely old and returned it. The action against the buyer failed as, goods didn’t match the description and buyer had the right to discharge the contract.

Both parties mutually can decide to discharge the contractual obligations between them by making a new agreement. The new agreement will be binding as long as it qualifies the essentials of a valid contract. There can be two ways to discharge a contract by agreement:

It takes place where only one party has entirely performed his promise or part of contractual obligation and now, he has the right to compel the other party to either perform his part of contract or discharge the contract by paying him some consideration. This is called accord and satisfaction.

Accord is the agreement and satisfaction is the consideration which makes the agreement enforceable. It is an agreement by which the defaulting party gives up his rights and promises the other party (who has completed his part of agreement) some material benefits. Then, contract stands discharged immediately.

When both parties of the contract fail to perform their part of agreement, it leads to bilateral discharge. There contract may be made to have one of several effect:

·       Accord and Satisfaction- when there is mutual contract to discharge each other from contractual obligations of first agreement.

·       Rescission and Substitution- when parties mutually decide to rescind the old contract and substitute it with new contract.

Illustration: S owed P Rs. 8,000. S enters into an agreement with P, and gives P a bill of exchange due to him of Rs. 5,000 in place of the debt of 8,000 rupees. This new contract overrides the previous contract between the parties.

·       Variation- parties may mutually agree to any variance or alteration in the terms of the original agreement.

·       Personal Incapacity- when the contract becomes impossible to perform due to the personal reasons of the party. In the case of Condor v The Baron Knights[14], claimant contracted to perform in defendant’s band for 7 nights per week for 5 years. The claimant’s doctor advised him not to perform more than 4 nights per week, because he was suffering from mental breakdown. The band dismissed him. The action of claimant failed as; his condition frustrated the contract.

·       Interference by Government- Sometimes due to some occurrence’s government impose restriction which renders the contract impossible to perform like in war times. Recently, due to covid-19, Indian government announced that all contracts will be discharged by way of frustration.

Breach of the contract occurs when either of the parties fails to comply with their contractual obligations, either completely or partly. There can be two types of breach:

·       Actual Breach- When breach occurs on the due date of contract.

·       Anticipatory Breach- When either of the party shows intention not to perform the contract before the due date. Section 39 of ICA deals with anticipatory breach of executory contracts. In the case of Hochester v. De la Tour[15] court held that, the non-defaulting party is not bound to wait until the last day of performance to claim damages for breach. As soon as the other party shows his intention to not perform the contract, the claim could be brought.

DISCHARGE BY LAPSE OF TIME-

If the contract specifies a time in which it has to be performed or specified period for performance of a contract prescribed by The Limitation Act[16], and party fails to perform the contract in such time, it renders the contract discharge.

DISCHARGE BY OPERATION OF LAW-

A contract can be discharged by the party’s death or insolvency of the party and also by merger and judgement of court. These are called to be operation of law leading to discharge of contract.

Indian laws allow only certain group of people to enter into a contract and thus are called to have capacity to enter contract. The contract binds both the parties to oblige by their promises and in case of breach law will protect the other party. Having capacity to contract basically means, having the understanding of the contract and its terms and knowing of the consequences of the same. The parties who lack such knowledge and understanding are incompetent to contract like Minors and Unsound mind people.  Discharge of contract means treating the contract repudiated and both the parties are freed from their contractual obligations. There are various methods of discharging the contract. In breach of the contract or any terms of the contract, the non-defaulting party can demand damages under section 73 and 74 of ICA or, can demand specific performance of the act. Discharge of contract can be set out by the parties or it can be according to law. While making a contract one needs to understand it completely and should examine the other party in order to avoid inconveniences.