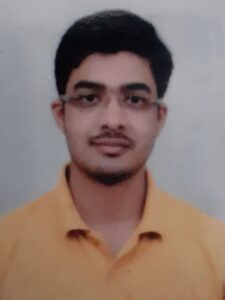 On 9th November 2019, the Supreme Court of India finally decided one of the longest pending title suits in India involving religious interest of two of the largest religious communities in the country. In Ayodhya, the Hindus claimed the disputed site to be Ram Janmbhoomi whereas Muslims claimed the site to be Babri masjid. The former asserted that a temple had existed on the Ram Janmbhoomi which was demolished by Babur and a mosque was constructed by him on it which came to be known as Babri Masjid. The latter, on the other hand, averred that the site originally had Babri Masjid on it and no temple had ever existed let alone its demolition. The court was posed with many factual and legal issues the decision on which has set important precedents. This article will provide an understanding of the verdict.

It is claimed that Mir Baqi, the commander of Mughal emperor Babur, constructed the Babri Masjid on the emperor’s command in 1528. The dispute has its origin long back in 1858. An FIR was registered on 30 November 1858, by Mohd. Salim complaining that a group of Nihang Sikhs had written “Ram” inside the Babri mosque and also performed hawan and puja. The thanedar of Awadh had mentioned about a platform or chabutara that was constructed by the Sikhs. This was the first documentary evidence that showed that Hindus were present not only in the outer courtyard but also in the inner courtyard.

But the legal battle commenced in 1885 when Mahant Raghubar Das filed a suit in the civil court of Faizabad claiming that he was a mahanth of the chabutara in the outer courtyard and therefore should be allowed to construct a temple there. The suit got dismissed and a civil appeal was preferred against this judgement in 1886, which ultimately got dismissed. The second appeal too got dismissed. The legal proceedings were at rest for next 63 years until in 1934, when riots broke out in Ayodhya and Hindus demolished a portion of the structure on disputed site which was later rebuilt by the British Government.

In December 1949, two idols were found in the Babri Masjid inside the central dome. An FIR was registered alleging that few Hindus entered the mosque when it was deserted and placed idols in it. The gates were on the same day closed and the property was attached under section 145 CrPC by the District Magistrate of Faizabad.

In 1950, a member of Hindu Mahasabha files a suit against few muslims, state government and district magistrate of Faizabad and prayed for permission to perform pooja in the inner courtyard of the mosque. The permission was granted. A similar suit was filed by one Paramhans Ramchandra Das. The third suit in the matter was filed by Nirmohi Akhara in December, 1959 to takeover the management of the disputed site. In 1961, the Sunni Waqf Board prayed through a suit for possession of the mosque and removal of idols. This was the fourth suit filed in Faizabad court in this matter. In 1986, a local court ordered the opening of locks of the disputed site for Hindus.

In 1989, the Allahabad High Court transferred all the cases to a three-judge bench of the high court. In 1992, the Babri Masjid was demolished by Hindu groups or kar sevaks, sparking riots and as many as 49 FIRs were registered. The High Court in 1993 held that every Hindu had the right to worship at Ram Janm Bhoomi. In March of 2002 hearing began in Allahabad High Court to decide the title suit. The Archeological Survey of India on order of Allahabad High Court excavated the site and submitted its report to the court which revealed that massive structure which was “non-mosque like”, along with artefacts of Hindu Pilgrimage was found in the excavation beneath the disputed site.

The Allahabad High Court adjudged the title suit in 2010 and divided the disputed land equally in three parts, giving one third share each to Nirmohi Akhada, Ram Lala and Sunni Waqf Board.

All the three parties moved the Supreme Court against the decision of Allahabad High Court. The Supreme Court in 2011 stayed the Allahabad High Court judgement and directed to maintain status quo at the disputed site. In January 2019, a five judge bench was constituted by then Chief Justice of India Ranjan Gogoi. The bench proposed mediation to settle the dispute but the mediation failed. The bench thereafter, regularly heard the matter and decided unanimously that the disputed site be given to Ram Lalla and a temple be constructed on the site. The Court ordered the Central Government to allot a 5 acre land for construction of mosque.

The Supreme Court in its order held Ram Lalla to be a juristic person. The British courts had recognized the legal personality of Hindu idols and Gods. This was done for checking misadministration by managers of places of worship and also to protect access and other religious benefits to public particularly, devotees. The court unanimously ruled that it was in public interest to properties that were endowed by devotees to religious places and held that “it was a legal innovation necessitated by historical circumstances, the gap in the existing law and by consideration of convenience.” The court therefore ruled that the suit was maintainable as Ram Lalla could hold title to 2.77 acres of disputed land.

The Supreme Court rejected the claim of Sunni Waqf board where they sought benefit of “adverse possession” and “lost grant”. Adverse Possession is claimed when one does not have title or ownership of the property but has enjoyed an undisputed possession of the property for 12 years or more. This doctrine is applicable when the real owner makes no legal effort to oust the possessor from the property for 12 years. The doctrine of Lost Grant implies that a long and continuous possession infers a legal presumption that the right to use was previously conveyed to the possessor and that the physical instrument of conveyance is missing. “Adverse possession postulates the vesting of title in one person and the existence of a long continued and uninterrupted possession of another, to the knowledge of and in a manner hostile to, the true title holder. The plea of adverse possession would lead to an inference against the application of the doctrine of lost grant as a plea of adverse possession is premised in the title vesting in someone other than the alleged grantee.”, held the Supreme Court.

Evidence was adduced to show that Muslims regularly offered Namaz in the inner courtyard from 1857 till 1949, when the Mosque was desecrated by idols stealthily placed in it. But the evidences revealed that there were obstructions in worship even in this period, like the 1934 riots.

The Supreme Court though, ruled in favour of Hindu side by maintaining that the disputed cite belonged to Ram Lalla, but also observed that the demolition of the mosque was illegal. Even the desecration of mosque in 1949 was to deprive muslims of their place to worship and was without any legal authority. The Court observed, “This court must ensure that a wrong committed is remedied. Justice would not prevail if the court were to overlook the entitlement of Muslims who’ve been deprived of the structure of the mosque through means which should not have been employed.” The Supreme Court therefore, directed the Centre to allot a 5-acre plot to the Sunni Waqf Board for building a mosque.