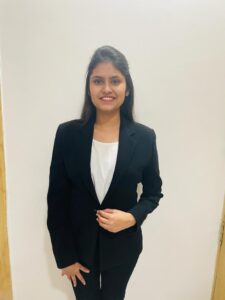 Jammu and Kashmir are territories of India bordering Pakistan that has been a subject matter of dispute since decades. The issue arose as on 04-08-2019 wherein mobile and broadband internet services were shut down and subsequently as on 05-08-2019, The Government of India issued Constitution Order, 2019 which repealed Article 370 and stripped the special status which was enjoyed by Jammu and Kashmir since 1954. Prior to passing the constitutional order, various orders were passed such as shutting down of schools and colleges, the tourists of Amarnath Yatra were advised to make arrangements for their departure at the earliest. In lieu of repealing Article 370, restrictions were imposed viz: Section 144 of Cr.P.C was imposed in the territory of Jammu & Kashmir, Mobile services, telecommunication services had been completely shut down. By W.P. (C) No. 1031 of 2019, the Petitioner (hereby referred to as Petitioner No 1) contended that she was unable to publish her newspaper pursuant to the said restrictions and the said restrictions have unreasonably curtailed the right to report and publish the news of media personnel and pleaded to pass an appropriate writ or order directing Respondents to ensure free and safe movement of journalists. Another subsequent petition W.P. (C) No. 1164 of   2019 (hereby referred as Petitioner No 2) was filed by a Member of Parliament wherein he contended that least restrictive measures should be adopted by the Government. In light of the above facts, the following issues were framed:

1)     Can exemption be claimed by the Government from producing all the restriction orders passed by it?

2)     Whether the freedom of speech and expression, freedom to practice any profession, trade or occupation on the Internet platform constitutes fundamental rights guaranteed under Part III of the Indian Constitution?

3)     Whether the Government’s order of prohibiting internet services is valid?

5)     Whether the freedom of press of the Petitioner No:1 was violated?

·       The Petitioner No 1 contended that internet is absolutely essential for modern press and the curtailment of the same should be on the basis of test of reasonableness and proportionality. The procedure for restricting internet services has been provided under the Suspension Rules which indicate that the said restriction was scrutinized to be of a temporary nature.

·       The Petitioner No 2 submitted that emergency can be imposed only during ‘internal disturbance’ and ‘external aggression’ and none exists in the present scenario. The petitioner also raised concerns about the imposition of Section 144 of Cr.P.C and the same shall be specifically targeted against people who may disturb the peace and an entire state cannot be brought under its ambit. In addition, he also contended that the official orders must be produced before the Court and made accessible to the public, the State cannot claim privilege on the same.

·       The restrictions on internet/communication had been imposed under the Indian Telegraph Act 1885 which shall be in consonance with Article 19 of the Constitution. Least restrictive options should have been chosen rather than imposing a complete ban. A distinction should have been made between the general internet and social media/mass communication. Right to trade had also been restricted by imposing a complete ban rather social media apps could have been restricted.

·       The Petitioners also contended that the wide restrictions imposed are in contravention to the National Telecom Policy, 2012 and that freedom of speech and expression allows people to express their opinions on burning topics which includes ‘Abrogation of Article 370’.

·       The Respondents contended that the whole scenario shall be seen in the backdrop of the terrorism in Jammu & Kashmir. Considering the cross-border terrorism and internal militancy such preventive measures were necessity. The necessity of such measures was apparent where similar steps were taken in the past.

·        The Respondents assured that the first and foremost duty of the State is to ensure the safety and security of its citizens- their lives, their property etc. Thus, the restrictions had been imposed so as to secure their safety.

·       The Respondents also submitted that there is no restriction on the public movement, individual movement had never been restricted. The schools were shut down initially but gradually in few areas depending upon the prevailing circumstances they have been reopened.

·       The Respondents contended that there is no blanket restriction on the whole of Jammu & Kashmir, few areas depending upon the threat perception have not been restricted like Ladakh. Thus, as claimed by Petitioners there is no general clampdown.

·       In relation to internet restrictions, the Respondent contended that there was never restriction of internet in Jammu and Ladakh regions. In addition, he also stated that social media could be used as a means to incite violence. It can be used as a platform to spread fake messages from outside the country. Thus, the purpose of restriction on internet is to control the situation at the ground level and not to let it aggravate.

·       The Respondent also submitted that newspapers and social media form different platforms as newspapers are one-way communication whereas social media pavs the way for two-way communication by which the messages are spread instantly, thereby increasing the risk of danger. It also stated that as provided by petitioners, the restrictions cannot be imposed on a specific group as it is impossible to distinguish between ordinary citizens and trouble makers.

·       The Court opined that the State is under an obligation to produce the documents before the Court. It stated that ‘Right to Information’ has been interpreted as an intrinsic part of Article 19. The Court also added that the State should take proactive measures in producing the documents before the Court where a challenge is being made regarding curtailment of fundamental rights.

·       The Court has reiterated in a catena of cases that freedom of speech and expression over the medium of Internet is an integral part of Article 19(1) and the restrictions on the same must be in accordance with Article 19(2). It also recognized that right to trade and commerce through the medium of internet falls under Article 19(1)(g) and the restrictions on the same can be imposed under Article 19(6). Thus, Court recognized right to freedom of speech and expression and right to carry on trade over the medium of internet fall under the purview of constitution and are thereby protected. Taking into consideration the history of terrorism in Jammu & Kashmir and various precedents, the Court opined that any speech which incites imminent violence cannot be protected under constitution.

·       The Court also analysed doctrine of proportionality in its true essence stating the following requirements:

1)     The goal should be necessary and legitimate, the restriction/measure should be analysed with the goal sought to be achieved.

2)     The authorities must take into account any alternative measures.

3)     The State should resort to least restrictive measure only.

4)     The restriction or the measures imposed must be amenable to judicial review.

·       The Court recognized the fact that internet could be heavily used as a weapon of terrorism thereby threatening the sovereignty and integrity of India.

·       The Court upheld the recognition of procedural justice in cases wherein there has been impact on the fundamental rights of the individuals. The Court also determined that it had to consider both procedural and substantive elements in order to construe the legality of internet shut down. Procedural aspects include 2 components: 1) The contractual relationship between Internet Service Provider and the Government and 2) the statutory component arising from various statutes such as Information Technology Act, 2000, Code of Criminal Procedure, 1978, and the Telegraph Act.

·       Procedural requirements have been mentioned under the Suspension Rules of the Telegraph Act, wherein it provides that such imposition can be put only by the Secretary to the Government of India in the Ministry of Home Affairs or by the Secretary to the State Government in charge of the Home Department. The Court also noted that such restrictions can be imposed only in situations of public emergency and in the interest of public safety. In addition, the court opined that complete broad suspension of telecom services must be considered in situations where it is absolutely necessary and unavoidable and the same should be imposed while assessing the least intrusive remedy.

·       Thus, the Court stated that as suspension rules do not indicate the maximum duration of suspension, yet it is to be noted that the suspension cannot be imposed for an impermissible period and should not extend beyond a certain limit that is absolutely necessary. In furtherance of the time period of the suspension, the Court established a review committee to determine its duration.

·       The Court interpreted the Petitioner’s claim regarding Freedom of Press, that the restrictions do not have a direct impact rather a chilling effect on freedom of speech and expression. In addition, the Court also found out that the Petitioners failed to adduce adequate evidence in regard to the imposition on freedom of press and also considering that the same has been lifted now, the Court did not indulge more into this issue.

Lastly, the Court upheld that the restrictions should not in any way suppress legitimate interest of the people and though the suspension is needed but it should be for a temporary period and thus asked the State to review its restrictions.

In light of the above case discussed, the Court has emphasized on the principle of proportionality and reasonableness at length in lieu of internet restrictions. The critical aspect of the judgment can be analysed in regard to its diplomacy that how the court though has upheld freedom of speech and expression as guaranteed under Indian Constitution yet held a very restrictive approach in not declaring right to access internet as a fundamental right and thereby failing to provide immediate relief to the Plaintiff. The judgment though recognises the freedom of speech and expression as guaranteed under the Constitution yet provides a diplomatic approach in the analysis of this judgement with the recent Kerala High Court judgment, where the Court held right to free access to internet as a fundamental right.

The present judgment suffers from lacunas when it is taken into consideration with regard to the Covid-19 situation going on where the entire world has shifted to the online mode even for basic necessities. Right to internet has a much wider scope and implications. On the other hand the power internet possess to incite violence terrorism and the history of Jammu & Kashmir cannot be suppressed.

In view of the author, Freedom of speech and expression over internet has to be regarded in light of present circumstances, thereby striking g a balanced approach. Though the suspension may seem absolutely necessary but it cannot be imposed for a longer duration and few necessary services over the internet have to be restored at the earliest. The Government should adopt the measures of partial restriction, whereby it can restrict the usage of apps like facebook, whatsapp, where there is danger of rapid spread of violence. Other apps or services over the internet which form absolute necessity may be restored.

Right to access of internet and internet shutdowns for public emergency in India leaves a vague picture over all. It is essential to come up with a certain degree of definitive criteria to impose internet shut down in the backdrop that India is the country with the majority internet shut downs.