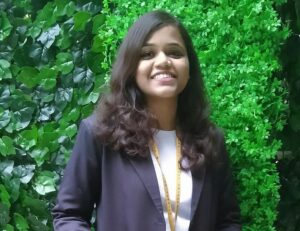 ALTERNATIVE DISPUTE RESOLUTION AND ITS ROLE IN COMPANIES

Our Indian Judiciary is said to be the oldest form of judiciary system in the world and it is a well-known fact but it is also known that in recent times its becoming inefficient to deal with the cases as our Indian courts are completely clogged with long unsettled cases. To deal with such situation Alternative Dispute Resolution (ADR) can be helpful mechanism, as it helps to resolve conflict in a peaceful manner where the outcome is accepted by both the parties.

The concept of Alternative Dispute Resolution (ADR) mechanism is capable of providing a substitute to the conventional method of resolving disputes. ADR offers to resolve all type of matters including civil, commercial, industrial and family etc, where people are not being able to start any type of negotiation and reach the settlement. Generally ADR consists of 3rd party who is said to be neutral and helps both the parties to communicate and discuss the issues, differences and resolve dispute. This method enables the individuals and group to maintain co-operation, social order and also provide opportunity to avoid hostile.

To deal with the situation of long unsettled cases of court of India, ADR plays a very important role in India by using its diverse techniques. Alternative Dispute Resolution mechanism provides scientifically developed techniques to judiciary which helps in reducing the burden  on the courts. It Provides various methods to settle disputes including – arbitration, mediation, conciliation, negotiation, and lok adalat. Here, negotiation means self-counseling between the parties to resolve their dispute but it doesn’t have any statutory recognition in India.

ADR is also founded on such fundamental rights, article 14 and 21 which deals with equality before law and right to life and personal liberty respectively. The motto of ADR is all about to provide social-economic and political justice and maintain integrity in the society enshrined in the preamble. ADR also strive to achieve equal justice and free legal aid provide under art.39- A relating to Directive Principle of State Policy (DPSP).

·       Section 89 of the Civil Procedure Code, 1908 provides that opportunity to the people, if it appears to court there exist elements of settlement outside the court then court formulate the terms of the possible settlement and refer the same for : Arbitration, Conciliation, Mediation or Lok Adalat.

·       The acts which deals with Alternative Dispute Resolution are Arbitration and Conciliation Act, 1996 and The Legal Services Authority act, 1987.

THE CHANGES MADE :   The past few years have seen a fluffy of  reforms in various laws to enhance ease of doing business  in India. Numerous old and feeble laws have been repealed or replaced with robust enactments and new laws have been introduced to draw a parallel to the altered national and international economic environment. There is common overriding objective that the plethora of recent legislations and amendments are trying to achieve i.e, early resolution of disputes especially in commercial matters.

Section 422 of the Companies Act 2013 : One of the many  recent enactments  that perhaps covers a large number of commercial disputes is the Companies  Act, 2013, Section 422 of the act interestingly provides the ADR Mechanisms vis-à-vis Mediation and Conciliation as possible options for parties involved at any stage of the proceedings.

·       Cost effective method: it saves lot of money if one undergoes in litigation process.

·       It is free from technicalities of courts, here informal ways are applied in resolving dispute.

·       People are free to express themselves without any fear of court of law. They can reveal the true facts without disclosing it to any court.

·       Efficient way: there are always chances of restoring relationship back as parties discuss their issues together on the same platform.

·       It prevents further conflict and maintains good relationship between the parties.

·       It preserves the best interest of the parties

ADR is often used to resolve disputes among businesses, employers and employees and businesses and consumers. ADR methods are used outside the courtroom, but that does not mean that they are outside of the interests of our legal system. Participation in ADR has important legal consequences – For instance : Parties that have agreed by the contract to be subject to binding arbitration give up their constitutional right to bring their complaint to court. There will be already mandatory Arbitration clause in a contract that will be signed by the parties so that in case if any dispute arises under that contract, then you will be required to arbitrate your claim rather than going straight to the court. Under a binding arbitration clause, a person  will have waived his constitutional rights to the court. Even if a person have never signed such a contract and never will, there is still a good likelihood that a person will be involved in a commercial dispute at some point in his life. Because of this, its important to understand the ADR process, situations, in which litigation is a better choice than ADR, and special issues that arises when parties have unequal bargaining power.

ADR is often fastest, less expensive  and more private than litigation. For this reason, ADR can be preferred dispute-resolution method,   particularly when an ongoing  relationship  between disputants is desired. However, some types of disputes might be best re-solved through litigation, such as in cases where parties have unequal power or resources or in civil rights violations. Common methods of dispute resolution are negotiation, mediation, and arbitration. Mandatory arbitration clauses are common in contracts, and such clauses are enforceable against the parties even if they wish to litigate their claims.

We should attune our mediation practices with global best practices. Ad-hoc application of ADR mechanisms   for  resolution of disputes under the Companies Act have often been misused to cause delay by unscrupulous litigants. Thus, introduction of M&C Rules is a welcome measure. The M&C Rules establish a framework for application of ADR mechanisms to disputes arising under the Companies Act. The M&C Rules provides for constitution of a panel of expert mediators and conciliators for disputes arising under the Companies Act. Further, the M&C Rules give power to the Central Government, NCLTs and NCLAT to refer parties to mediation or conciliation if it feels there is a scope of settlement. The disputing parties, who are either, referred by the Central Government or NCLTs or NCLAT or with mutual agreement adopt the M&C Rules have the benefit of the well defined procedure. The M&C Rules provides for automatic closure of the ADR process, if any party does not attend two consecutive sessions and an automatic closer of proceedings upon completion of three months, if no one time extension of another three months is granted.

Though, we have the law that is, ADR Act but still, is not very popular for commercial disputes in India when developed countries like Japan can use it for almost all kinds of civil disputes.

We have the law, but machinery is still not effective and perfect that the business community can trust it. Also, it is not as popular as normal litigation. When we see the backlog of crores of cases in Indian courts today, it is not just essential for commercial disputes but also for civil disputes which take 10-20 years to reach their destiny. This is one kind of urgent judicial reform that is needed today in India. Not only this, but it will also ease the doing of business in India for it’ll attract investors to invest in our country. ADR can be the monosyllabic solution for many economic problems for India and at the same time is necessary to curb the menace of the backlog of cases which the foremost concern and worry of Indian judiciary today.