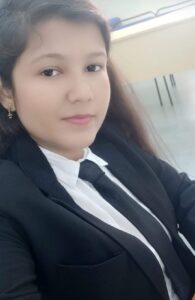 Adultery comes from the Latin word adultery is extramarital sex that is considered or objectionable on social with religious, moral, or legal Grounds. All the sexual activity that constituted under the very as well as social, religious and legal consequences, The concept exist in many cultures and the similar in Christianity, Islam single act of sexual intercourse in general sufficient to constituted under the tree and more long-term sexual relationship is sometimes referred to as an Affair. Looking to historical background it was seen that many cultures can see that adultery a very serious crime some of that search punishment usually for a woman and some time for the man, with penalties including capital punishment, mutilation punishment have gradually Fallon into despair especially in western countries from 19 century. Adultery is still a criminal offense punishment range from fine to Canning and even capital punishment in the 21st-century criminal law against adultery have become contract was the most western country discriminate adultery women leaders and other hand price but now the Supreme Court verdict declared the login adultery and Constitution that top section 497 of the Indian Penal Code[1] is arbitrary and set it time to say the husband is not the masters.

What is adultery law how IPC?

section 497 is anti women’s three years later in 1954 the Supreme Court of India ruled that section 497 was valid but it was held that the section 497 did not give a license to women to commit a did adultery that judgment said that making special provisions for women to access cab culpability was constitutionally valid under Section 15 (3) that allows such a law.

Supreme Court refuses to review was the criminalization of adultery

In the petition, it was found out that there was no connected ground whatsoever to entertain the same review petitioner accordingly dismissed. Review court said in short order recently the original judgment was by the constitution bench led by the Chief Justice Deepak Mishra who found at section 497 adultery of IPC cannot command married couple to remain loyal to each other for the fear of panel punishment at them that to an individual may part if one cheats but to attach criminal to inside ablate is going too far justice Mishra has observed it is a separate Opinion.

The court said that there was no data whatsoever to support the claim that the abolition of adultery as a crime would result in a charge of sexual morality or an increase of a divorce. Section 497 treats a married woman as a commodity of husbands the bench held that adultery is no crime if the husband connives or consent to his wife extramarital affairs.

Husband is not the master it should be written of this historical Perception, then chief justice Mishra has observed and also the bench held that section 198 (2) of CrPC[3] which gave cuckolded husband exclusive right to prosecute his wife was manifested adultery can, however, we are ground for a civil remedy like this dissolution of marriage that 2018 had said that.

The supreme court called section 497 of the Indian penal code arbitrary and set it is time to say the husband is not the master Sushmita Dev Congress MP and the president of the women’s wing of the party it was said that women statute as an individual separate entity along that does not give women the right to sue has a husband who was an adult learner and cannot be herself sued her adultery husband, It she is adultery is an equal treatment on the other side it was said by the leader Birendra Karat supported Court verdict that wife of an adulterous husband can take resource against cruelty and also compensation under domestic violence prevention act but it remains a ground for divorce National Commission for Women chairperson Rekha Sharma said that judgment was gender-neutral I welcome the Supreme Court verdict to strike down section 497 and abolished the outdated adultery law as a Criminal Offence.

Senior Supreme Court lawyer Prashant Bhushan also described that the word it as a final judgment and removed and antiquated law section 497 treat women as their a property of their husbands and criminalize adultery only for men who sleep with women wise adultery can be grounds for divorce but not criminal. It was also tweeted by the Prashant Bhushan, also the five-judge constitution bench comprising chief justice Deepak Mishra, justice RF Nariman,  AM Khanwilkar,  DY chandrachud, and Indu Malhotra had reserved the verdict in August on a petition seeking to make men and women equally live for adultery, However, Delhi Commission for Women chairperson Swati Mishra Maliwal has called the ruling anti-women. she totally disagreed with Supreme Court on adultery they have given license to married couples for adult areas relationship what sensitivity of marriage dance instead of making 497 of gender-neutral criminalization for both women and men they have decriminalized it totally anti-women decision.

In the centre has argued that adultery is designated as an offense keeping in mind the sensitivity of marriage in the ruling however chief justice Deepak Mishra sad section 497 effect the right to life of the women under article 21 of the constitution and the court also struck down the part of section 198 of Criminal Procedure Code that allows only men to file adultery case and not women against her husband.

Section 497 was unconstitutional as the very basis for criminalizing adultery was the assumptions that the woman is considered as a property of the husbands and cannot have relationships outside of marriage the same restrictions however did not apply in the case of husband section 497 violet right to privacy as well as Liberty of women by discriminating against married women and treating gender stereotype on 27.09. 2018 of the five-judge bench of Supreme Court and mostly struck down section 497 of Indian penal code as being violet of article 14, 15, and 21 of the constitution[4].

The adultery law for coming under challenge in 1951 in The Yusuf Aziz versus the state of Bombay case[5] in this case, has that petitioner contended that the adultery law violated the fundamental right of equality guaranteed under article 15 and 14 of the Constitution. In this case, it was the argument in the court hearing was that section 497 governing adultery law discriminate against men by not making women equally culpable in an adult areas relationship it was also argued that adultery lawgiver license to women come with the crimes of such types.

After that in 1944, the Supreme Court rules that section 497 was valid it has that section 497 did not give a license to women to commit adultery. The Judgement of SC state that making special provisions for women for culpability was constitutionally valid under Section 15(3), that allows a law gives more power, it was the observation of Supreme Court that judgment it is commonly accepted that it is a man who is a producer and not the woman the supreme court stated the woman could only be a victim of adultery not a perpetrator of the crime under section 497.

After that reject the contention of argument that the adultery law was discriminated against men, however, despite declaring women as victims only in the occurrence of a crime of adultery the court did not allow them to file a complaint.

The second important judgment of the Supreme Court was that the regarding the section 497 came in Sommithri Vaishnu versus Union of India Case of 1985[6]; the centre has cited the judgment in its 2018 affidavit to back section 497 of the IPC

In the Sowimithri Vishnu case, the Supreme Court held that the woman is not to be included as an aggrieved party in the name of making the law even-handed. It was also explained as a why women should not be involved in prosecution in case of adultery.

It was clearly mentioned in the case of Sowmithri Vishnu versus Union of India the supreme court held that men were not allowed to prosecute device for are the offense of adultery to protect the Census of marriage for the same reason women could not be allowed to prosecute their husbands the judgment retain the offense of adultery as a crime committed by a man against another man.

In the case of V Revathy vs. Union of India of 1988 on adultery law[7], the supreme court held that not including women in the prosecution of adultery case promoting social good. It offered the couple chance to make up and keep the sensitivity of marriage. The supreme court observed that adultery law was then shield rather than sword, The Court ruled that the existing adultery law did not improve upon any constitutional provision by restricting the ambit of section 497 that the two men at the and the law commission of India reported of 1971 (42) report and Malimat committee on criminal law reforms of 2003[8], recommended amendment to the adultery law both are you to make section 497 of the IPC under neutral 3 via the Supreme Court bench that dismiss a plea challenging section 497 had Justice by v Chandra on 8 current Supreme Court bench hearing the adultery law cases had his son justice DY chandrachud on it which we also discuss about it was justice DY chandrachud who made the observation that women could not be treated as community by leaving them to a description of their husband in giving consent of the matter of adultery law Supreme Court sad in August this year  2020 the section 497 and women to dismiss the argument that the adultery law discriminated against men.[9]

In the end, we find out that the five judges bench of Supreme Court recently how many rules or to scrap section 497, which was deal with adultery calling the law are checked and saying that it violet Article 14 and 21 of Indian constitution. The justice said that adultery can be grounds for civil issues including the dissolution of marriage but it cannot be criminal offenses according to adultery law. A man can be punished to have having a sexual relationship with a married adultery woman without the consent of her husband.  The petitioner wants section 497 IPC, to be made gender neutral in India is a crime and punishment for the same can be imprisonment for 5 years or fine or both.

[5] The Yusuf Aziz versus the state of Bombay case