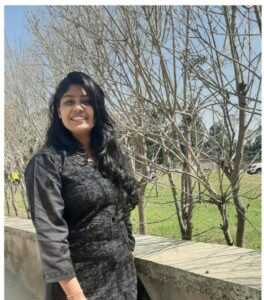 Forensic evidence owes its inception to forensic science which utilizes the interpretative analysis to reconstruct the crime based on the clues available at the scene of crime. The approach adopted by the forensic expert is not conclusive and is highly subjective depending upon the expertise of the individual in that particular field. There is always a huge wall of difference between the academics and the actual practice of the profession in the actual world. The significant gap between the scientific practice and these techniques should not be veiled from the judge under the carpet in the name of credibility and persuasive performance of any forensic science expert.

In India, we have adversarial system of justice being followed wherein the judge assumes the role of a gatekeeper, blindly relying on the piece of forensic evidence. It is quite tempting for the judges to not let the forensic evidence admissible irrespective of having any idea about the legal standard associated with it. This leads to a situation where the perpetrators of crime are acquitted making the scientific evidence a mainstay in the functioning of the criminal justice system. The demography of India shows high potential of abuse of forensic evidence owing to high corruption and inequality in wealth distribution, defeating the very purpose of justice.

Evidence which is obtained with the help of scientific techniques is called Forensic evidence. The application and collection of forensic evidence is a very crucial part of criminal investigation and trial. Forensic Evidence is ones which can be used by the court of law, especially the ones which are obtained through different scientific methods like blood test, fingerprints, DNA test.[i]

Under the criminal justice system after the commission of crime, at the primary stage the police take up the case as an authorized enforcement agency and carry on the further investigation.  Criminal investigation is a useful inquiry conducted in order to find the truth behind the criminal incident. Section 4(h) of the Code of Criminal Procedure 1973 defines “Investigation” includes all the proceedings under the Code for the collection of evidence conducted by a Police officer or by a person (other than a Magistrate) who is authorized by Magistrate in this behalf.[ii] However narrowing the view of evidence, just into forensic and trace evidence under this article.

Forensic evidence acts as a great source to ascertain as to what happened at the Crime scene. During the investigation process, several trace evidence is collected from the Crime scene, forensic science deals with the scientific examination of such physical evidence and it helps in determining the circumstances of the crime, the time as to when the incident took place, the suspects relating to the commission of the type of crime, the modus operandi of the crime, and establish the motive behind the crime.

Thus, forensic evidence carries great potential if used wisely. However there has been plenty of instances where these evidences were highly misused. In the criminal justice process, the advancement of Technology and its infusion in a criminal investigation is Revolutionary, this has become vital for the court of laws to use scientific techniques and tools not only in order to detect crime but to reconstruct the Crime scene identifying and nabbing alleged criminal and the suspect. The Supreme court of India gave emphasis on significance of Crime scene investigation in Dharam Deo Yadav v. State of U.P. [iii]

(Both DNA and non DNA evidences)

Sexual assault cases are tremendously increasing nationwide; some of these cases include drug-facilitated case. The presence of forensic evidences in such cases strengthens the chances of conviction of the accused at the trial it can even amount to harsh sentences to the accused. Forensic evidence helps the prosecutors to recreate the event and illustrate the theory to the judges by connecting it to the evidences both the testimonial and forensic. The existence and admission of forensic evidence can act as the most essential evidence in deciding the case. Fingerprint and DNA are the most common type of evidence which could be linked to the perpetrators of the assault. Identification of bloodstains, saliva, menstrual blood, semen, vaginal fluid and sometimes examination of condom lubricants (forensic scientists can compare the lubricant recovered from the victim with the condom seized from the suspect)[iv]can be used very critically in identifying probative evidence and corroborating the events of the assault.

In India mostly victims due to various reasons like family concerns, feeling of shame, and going through trauma after the incidence, embarrassment or other cultural issues do not provide exact and elaborate detail of the incident which leads to missing out of a lot of essential information and evidences.

Also, a lot of time these evidences are mishandled and are not preserved the way they should be. The DNA evidence is entirely dependent on proper preservation of the sample otherwise any small mistake, carelessness or ignorance can contaminate and it will be of no use.

According to the reports of national crime record Bureau[v] under the ministry of home affairs the crime against women is increasing tremendously however the conviction rate is going down from 21.7% in 2015 to 18.9% in 2016. The pending cases of crime against women are in alarming number.

This misuse is well known by the courts, and courts have repeatedly raised the problems related to improper management that is collection, preservation and transportation of these trace evidence samples and Physical evidence, they are usually delayed in dispatch and therefore Court has no other option then rejecting the report in case of such glaring disappearances and Lapses[vi], many times authorities are blamed of misusing their power for example not sending the accused for the medico-legal examination, a lot of time crime scene is not cordoned off, fingerprints are not be lifted by the subordinates of the investigating officer, not sending the blood stained mortal object for chemical examination with proper wrapping it immediately after seizure of the same, sometimes all of this is done to support one oneparty of the case and saving him or her in the end calling it carelessness.

Zindar Ali SK Vs. State of West Bengal & Anr.[vii] in this case the accused Zindarali was after this girl Chandmoni Khatoon (prosecutrix) and asked her to marry him, however she refused to marry him, after which he repeatedly raped her for few days. When the girl went to the police station to lodge a complaint, the police refused and asked her to settle the matter amicably with Zindarali, but she tried hard and finally got an order from the chief judicial magistrate, who ordered the police to register the FIR. Despite of the orders from CJM, the police started the investigation after 5 months. Because of such unnecessary delay by the police fatal loss was caused as all the forensic evidences were compromised due to which they got tested and recorded after 6 months of the incident. The court severely criticized the investigation by police and called it very shabby and unsatisfactory.

Though tremendous technological advancement has been seen recently tell the part of forensic science in the Indian criminal justice system is still rudimentary and even at this stage some evidences remains unrecovered and unanalyzed whereas some are highly misused and abused, therefore the courts still heavily rely on the non-scientific evidences.

Dr. Lalji Singh[viii] from Centre for cellular and Molecular Biology Hyderabad quoted in his article that DNA profiling is technically demanding, there is a need for quality control. India is dolefully behind in forensic science. India does not embrace the basics of DNA and still needs to have a criminal DNA database program.

Om Prakash v. State of Uttar Pradesh[ix]  Discrepancies in the investigation such as delay in the filing of the FIR, confusion about the moment to initiate the investigation, and registration of 161 statements lead to the acquittal of the accused: In this case, the accused, along with others, had allegedly killed those killed with firearms, due to a dispute between their families. There were many discrepancies regarding the attack and the injuries caused. In addition, there were serious discrepancies regarding the recording of the F.I.R. and even as to when the investigation actually began. This confusion had also led to a delay in the autopsy. Added to this, the seizure memorandum was not dated and the original investigation report was found to have not been recorded. The cumulative effect of these factors was that the evidence against the defendant was found to be unreliable and he was therefore acquitted.

Suresh Chandra v. State of Maharashtra[x] in this case fabrication of false evidence was done by surreptitiously adding the timing in many documents which led to the dismissal of the appeal and this was done by the investigating officer of this case however while the course of the trial the judge came to the conclusion that this was done by the investigating officer in various documents like Punchnama, memo etc. It could be found out because certified copies which were issued to the Council of the accused did not have the timings. The investigation officer admitted and it was concluded that the Council had witnessed the same and therefore the accused result guilty for fabrication of evidence.

Recently the central Bureau of Investigation booked two officers for tampering and abusing the evidence in three sexual assault cases. both the officers were high rank officers one was the Deputy Director and the other was the senior scientific officer of the forensic science lab, by doing so they tried to help the accused to get the favorable judgement.

When the case went to the Delhi high court the CBI tested the sample and it was found out that earlier the evidences were tampered and it could be established prima facie that the earlier report and the report by CBI were inconsistent. The FIR against them mentions that They tried to save the accused person from all the three cases by preparing and incorrect record not preserving the exhibit and electropherogram[xi]. The case involved 1.) Badarpur rape case 2013.

In the criminal justice process, the advancement of Technology and its infusion in a criminal investigation is Revolutionary, this has become vital for the court of laws to use scientific techniques and tools not only in order to detect crime but to reconstruct the Crime scene identifying and nabbing alleged criminal and the suspect. Forensic evidence is most consistently reliable and valid measures of the crime or any criminal activity. Forensic evidence is often used to create a linkage between crime and the criminals which are thought to be related to one another. The forensic evidence is carefully controlled and monitored in the Laboratories carrying advanced techniques. However, medical professionals and forensic experts are not Cooperative enough with the court of law unusually deny undertaking medico legal works due to several reasons, however, the court of law needs more involvement of professional and experts for their testimony. In order to achieve result oriented forensic investigation and trial police structure and its subsidiaries should be remoulded so that speedy justice is given to the victims. Certainly, there are grey areas which need adequate attention